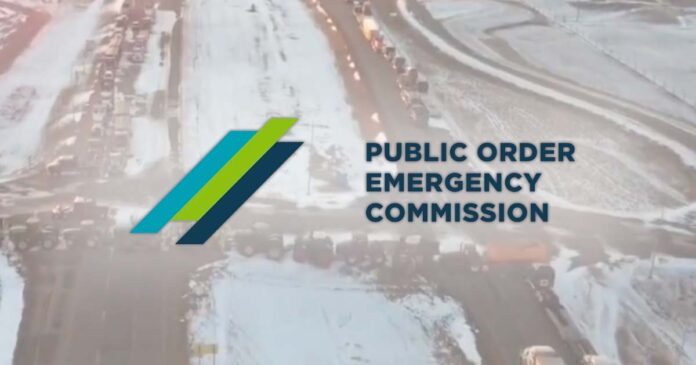 On Day 20 of the Emergencies Act hearings, the mayor of the Alberta town Coutts Jim Willet testified that 70% of the town supported the Coutts border blockade and that emergency services were never impacted by the border protest.

In seeking to verify comments Willet made to CTV reporters at the time of the protest, Convoy lawyer Brendan Miller asked Willet if it was true that he had described the protesters as “neighbours.”

When asked by Miller if Willet told CTV: “I wasn’t there to negotiate or anything else, I was just there to find out if they were as bad as some have said. And they certainly are not.”

Miller also asked if Willet told CTV reporters that the protesters “were the same guys that (he) has for neighbours.”

Willet responded, “That was part of the uniqueness of this whole demonstration.”

“For the most part, no,” Willet responded. The mayor also made mention that the RCMP sent an ambulance through the protest as a trial attempt to see how protesters would respond and Willet confirmed that the protesters immediately made space for the ambulance to get through.

“After everyone was made aware, things were fairly good,” Willet told the Commission.

Willet told Graveland, “you need to find someone in a protected position to call these guy what they are. Domestic Terrorists. Won’t be me. I am right outside their window. I would be strung up, literally.” Willet closed off the message with, “Just a thought.”

The Canadian Press reporter wrote back to Willet, “That’s likely what they are.”

When asked by government lawyers why Willet used the term “domestic terrorists”, Willet responded by saying “these people seemed to fit the definition.”

The Coutts border blockade began on January 29, the same day that truckers arrived in Ottawa. On February 12, the Canadian Customs and Border Service Agency shut down the border crossing and on February 15 the border was reopened after protesters left the area.

Meanwhile, Conservative Party leader Pierre Poilievre was asked by media Wednesday whether he had changed his position of support of the Freedom Convoy protests after hearing testimony at the inquiry.

“Has any (testimony) changed your view as to whether the Emergencies Act should’ve been invoked? Do you still support the convoy?” a reporter asked Poilievre.

“I support those peaceful and law-abiding protesters who demonstrated for their livelihoods and liberties,” Poilievre said. “I think it’s possible to support the overall cause of personal free choice of vaccination and the overall cause of truckers being able to earn an income while holding anyone individually responsible for anyone who behaved badly.”

Testifying after Willet was Mario Di Tomasso the Deputy Solicitor General for Ontario and Ian Freeman of the Ontario Ministry of Transportation.

Scheduled to testify tomorrow is Merlin Degrand, the Chief Superintendent of the Alberta RCMP.
Hearings will resume tomorrow morning at 9:30 am ET.

True North will continue to bring you daily coverage of the ongoing Emergencies Act inquiry.