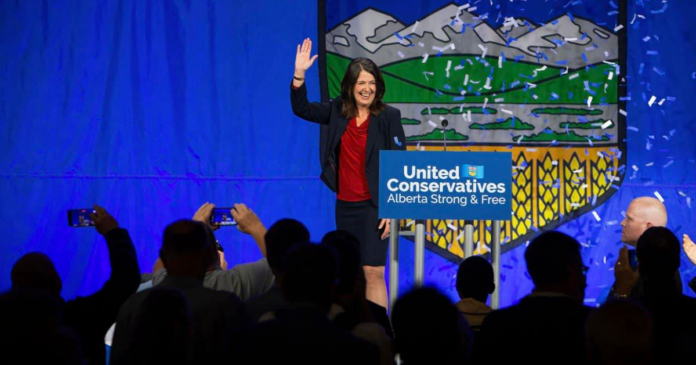 Voters in Brooks-Medicine Hat have elected United Conservative Party leader Danielle Smith to represent them as their MLA.

As per the unofficial results, the new premier won with 54.5% of the vote, followed by NDP candidate Gwendoline Dirk with 26.7% of the vote.

The byelection saw traditionally low voter turnout; 12,695 of 34,060 eligible voters cast a ballot. Of those, 4,231 cast a ballot in advanced or special polls.

In a speech after the results were announced, Smith said her government will take “unprecedented” action over the next few months to help Albertan families amid the cost of living crisis.

Smith said the rest of Alberta will make their choice in the spring 2023 election against Rachel Notley’s NDP which “takes their orders from Jagmeet Singh and Justin Trudeau.” The choice is between the NDP and her “energized” UCP government which will create jobs and lower the cost of living, she said.

The byelection results must be ratified, meaning the earliest Smith could be in the legislature is Nov. 29. Smith last sat in the legislature after crossing the floor to join former Premier Jim Prentice’s Progressive Conservatives in 2014. She lost the PC nomination the following year.

At the UCP annual general meeting on Oct. 22, Smith told party members that work has begun on her proposed Alberta Sovereignty Act, legislation to bar federal bills deemed harmful to Alberta’s interests. The new premier said she’s asked for the bill to be ready when she takes her seat.

Speaking to Albertans on Tuesday night, Smith said Sovereignty Act legislation will be constitutional. Her critics have warned that it would create a constitutional crisis and chase away investment.

“The paternalistic approach of the Trudeau government has been corrosive to national unity. Our country, sadly, has never been more divided,” Smith said.

“The Sovereignty Act works to restore the ultimate purpose of Confederation and it will renew Alberta’s place as an equal partner in Confederation, not a child of the federal government.”