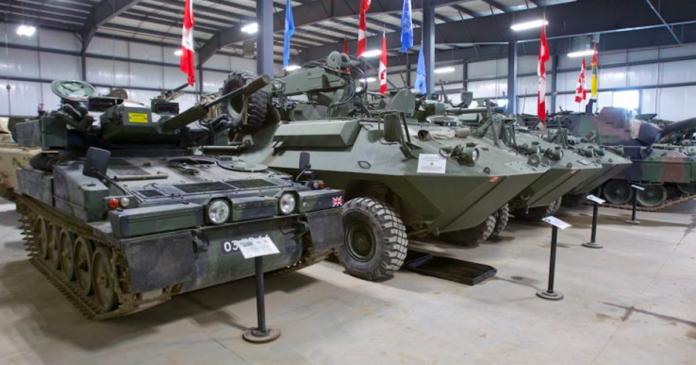 Veterans in Oshawa will have the opportunity to witness the military vehicles they once served in drive-by during this year’s Remembrance Day ceremony.

Volunteers at the Ontario Regiment Museum have restored a number of jeeps, trucks and other military vehicles which will take part in a special convoy in this year’s ceremony. A Model T truck from WWI will lead the special convoy.

Canadian veteran Phil Martin, who served in Cyprus, is among the 150 people who volunteer with the museum.

“When the ground rumbles under your feet it’s a heart pounding event — if you’ve never seen it you’ve got to experience it just once,” Martin told CTV News.

The Ontario Regiment Museum has the largest collection of operational military vehicles in North America.

The museum features tanks, armoured personnel carriers, Humvees, scout cars and other military vehicles. There are more than 130 vehicles that can be driven, including M4 Sherman and German Leopard tanks.

Mike Rashotte, another volunteer at the museum, says, “It’s important to us to keep the legacy alive.”

“We’re the benefactors of their sacrifice and it’s the least we could do.”

Many of the vehicles on display at the museum were built locally in Oshawa.

Canada played a vital role in the Second World War. Canadians helped build over 800,000 military transport vehicles and 50,000 tanks during the war. The majority of the vehicles went to the British and other allied countries.

The museum is currently fundraising to build a larger facility to house more military vehicles.