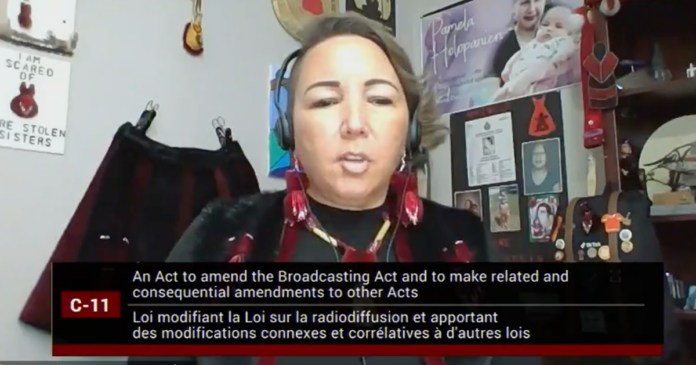 On Tuesday, a witness before a Senate committee alleged that she was subject to intimidation from the federal government for voicing concerns about the Liberal’s Bill C-11, which has been widely dubbed as the online censorship bill.

When asked by Senator Leo Housakos to share her experiences dealing with Canadian Heritage, First Nations witness Vanessa Brousseau explained that “one ministry” had “gas-lit” her and intimidated her after she shared her thoughts on the law.

“Can you share with this committee what has been your experience with the Minister’s office as an independent [online] content provider from the Indigenous community vis a vis hearing your concerns,” asked Sen. Housakos.

“However, this one ministry, as an Indigenous woman basically gas-lit me and told me that they did speak with Indigenous peoples and as somebody that’s connected very well to my Indigenous community, I didn’t feel that was true and I feel the approach they took with me was very intimidating and disrespectful.”

Bill C-11, which the Liberals have branded as an update to the Canadian Broadcasting Act, has been widely criticized as being an affront to Canadians’ right to freedom of expression and harmful to independent creators such as Brousseau.

This is not the first time that the Liberals have faced accusations of witness intimidation over Bill C-11.

A prior report alleged that Canadian Heritage Parliamentary Secretary Chris Bittle and Liberal MP Lisa Hepfner demanded an investigation into Digital First Canada – a group that has raised concerns about the implication of Bill C-11.

Senators have raised the issue in the Upper Chamber, with Senator Scott Tannas calling it a “potential question of privilege and contempt of Parliament.”

“It is sad to see the four Liberal MPs fail to recognize the harms that come with these tactics and while Rodriguez’s office has continued to strategically leak, investigating critics in this manner should be a non-starter and merits real consequences for those that developed and supported the strategy,” wrote Geist in September.