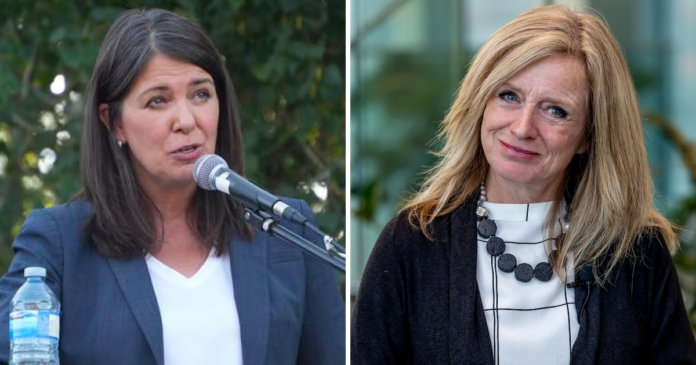 Speaking at the Rural Municipalities of Alberta fall convention on Nov. 8, Notley promised to restore stability to health care by undertaking the largest recruitment effort in the province’s history, if elected premier next year.

Becca Polak, press secretary for Smith, said the NDP watched surgery and other care “get longer for four straight years” while it was in government.

“We promised Albertans a stronger publicly funded health system and we’re delivering on that promise, including building up our health care workforce. We have 1,800 more RNs working today than under the NDP in 2019, and we have more doctors than ever before, including a net gain of 176 physicians in the last 12 months,” Polak told True North.

“That’s our record, and we’ll be announcing a new action plan to improve access and increase recruitment and retention of health care workers in the coming days and weeks.”

“If we don’t fix this, I fear this will threaten the overall sustainability of rural communities,” she said last week. “People will leave and communities will suffer.”

The Primary Care Network says there are no doctors in Peace River currently accepting patients. The community is about five hours northwest of Edmonton.

A June survey from the Alberta Medical Association found that 84% of respondents believe wait times in Alberta emergency departments are “fairly” or “very” long. Respondents reported waiting up to five hours for care.

The survey also found that rural sites, referring to those outside Calgary and Edmonton, saw the highest level of single visits to emergency departments at 45%.

Notley said her recruitment strategy will be released in the coming weeks and include ideas to support family doctors, nurse practitioners, paramedics, dieticians, home care workers and mental health counsellors move to Alberta.

“The challenges facing our healthcare system mean Albertans aren’t getting the necessary care they need when and where they need it,” she wrote.

“We will ensure all areas of the province receive prompt and efficient ambulance service. Our government will also make haste to bring substantive improvements to emergency room services and clear surgical backlogs.”