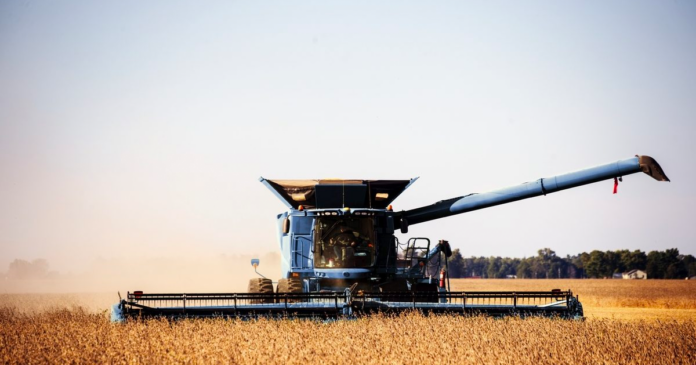 Some Canadian farmers will have to pay upwards of $136,000 a year by 2030 should the Liberal government continue to raise the carbon tax.

“The government wants to increase the [carbon] tax, which would cost my farm a whopping $136,000 per year by 2030. This will jeopardize the viability and sustainability of my farm,” Jochum told parliamentarians.

On Trudeau’s 30% fertilizer reduction target first announced in 2020, Jochum explained that while a reduction up to 15% was possible using existing efficiency methods, the remaining cut would have to come from reduced fertilizer use.

“The government has stated that it’s a voluntary goal. However, they have also said that not meeting this target is not an option. Various scientists have stated that achieving this goal utilizing efficiency methods currently available to farmers will not be possible. At best, a 14% to 15% reduction may be possible. The other 15% to 16% will have to come from reduced fertilizer use,” said Jochum.

“Will the proposed emission cut reduce greenhouse gases? Maybe in Canada, but internationally, it will only work out to approximately 0.0028% of total greenhouse gases. Is this even worth it?”

President of the Saskatchewan Association of Rural Municipalities (SARM) Raymond Orb also told the committee that farmers would have to go into debt in order to acquire the technology necessary to achieve the policy goal.

“I think right now the whole point is that farmers broadly don’t have that technology available. It’s very expensive. To ask us farmers to take on more debt because of a federal government policy that tells us, on the one hand, that we need to produce more food, and then we’re told we need to reduce our emissions,” said Orb.

“We’re not sure how we can do that with the adaptation and the equipment that we have on our farms now. That’s a concern we have.”