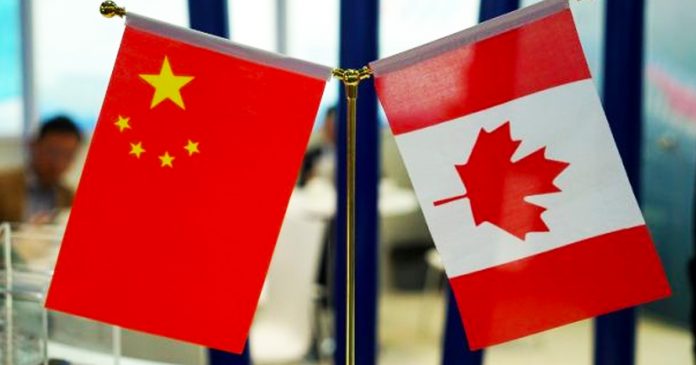 There’s a lot of interesting commentary doing the rounds on what was really behind the caught-on-camera dispute between Prime Minister Justin Trudeau and China’s authoritarian leader Xi Jinping.

But I think most of it is missing one key point. And that relates to a key document Xi produced soon after becoming paramount leader almost 10 years ago.

First, to recap: While mingling at a G20 event in Bali Indonesia, Xi took issue with Trudeau for disclosing the contents of a 10 minute private discussion between them.

What got out was that Trudeau brought up a number of issues with Xi, including the thorny matter of China’s human rights record and Trudeau’s personal obsession, climate change. Xi says that fails to tell the full story and shouldn’t have been made public.

“Everything we discussed has been leaked to the papers and that is not appropriate,” Xi told Trudeau via a translator. The body language in the video is telling. Xi is dismissive of Trudeau and clearly not impressed. He did not smile.

Yet Trudeau pushed back, albeit with some pretty canned talking points. “In Canada we believe in free and open and frank dialogue and that is what we will continue to have,” he said. “We will continue to look to work constructively together but there will be things we disagree on.”

Xi then waves Trudeau off and says it’s up to the Canadian leader to “create the conditions”, presumably for a constructive relationship. Then Trudeau walks off, looking – as one reader described it to me in an email – as if he’s trying to find the bathroom.

There’s a lot that can be said from a domestic perspective on this, much of it having to do with Trudeau continuing to look like he’s being pushed around by China. After all, as China expert Charles Burton told the CBC, there’s no way Xi Jinping would treat the American president like this, or perhaps even any other G7 leader.

But let’s instead look at this through the lens of China.

Back in 2013, Xi pushed a now infamous paper known as Document Number 9 among senior figures in the Chinese Communist Party. Its main goal was to get everyone acquainted with the seven “nos” – the seven things that the CCP just weren’t going to have anything to do with. This included freedom of the press.

Here’s how author Elizabeth Economy describes it in her book The Third Revolution: Xi Jinping and the New Chinese State: “The document painted the [Chinese Communist Party] as in the midst of an intense struggle with Western liberal values that had begun to take hold in certain sectors of Chinese society. These values included constitutionalism, universal values, civil society, neoliberalism and market economics, freedom of the press, reassessing China’s history, and suggesting that China’s reform and opening up should be evaluated according to Western standards.”

The idea of a foreign press is just not something that Xi appreciates and perhaps doesn’t even fully grasp. This notion of media getting leaks either directly from government or ferreting out the info from a source is deeply ingrained in Western newsgathering. It’s just how things work.

Whereas in China, it’s the opposite. It is absolutely not how things work and Xi still seems to find this hard to compute. If something makes it to the press, it’s seen as a government plot because that’s exactly what it would be in China.

In hindsight, the 1990s notion that China would slowly become more like the West and embrace our values of openness has proven both naive and incredibly condescending.

What’s happening instead is that China, under Xi, is holding even more steadfast to values that conflict with ours and is even looking down at us for not becoming more like them (even though we arguably are inching more in their direction in some respects, but that’s a conversation for another day).

That’s really what Trudeau got in trouble in Bali: for violating one of the seven nos.