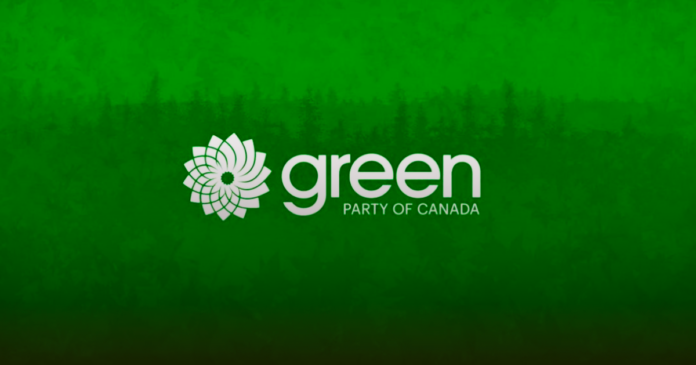 After a tumultuous few years of party in-fighting for the Green Party of Canada, the Greens will select a new leader, or co-leader, on Nov 19. The current leadership race has seen candidates pitch radical ideas like state control of the economy, a pledge to introduce “deep green thinking” and co-leadership slates of candidates.

Since Elizabeth May stepped down as Green leader in 2019, the party has suffered from internal dysfunction that was routinely aired in public first under former leader Annamie Paul and then with current interim leader Amita Kuttner.

Under Paul, the party clashed on the Israel-Palestine question, causing them to lose a third of their small caucus. After quashed non-confidence votes, accusations of racism and sexism, and court battles, Paul resigned from the leadership.

In-fighting under interim leader Amita Kuttner continued, as Kuttner lashed out at the party after her pronouns were incorrectly displayed on a Zoom call. The incident caused party president Lorraine Rekmans to resign, calling the Green Party itself “dead.”

Elizabeth May now seeks to reclaim the party’s leadership as a co-leader alongside Québécois activist Johnathan Pedneault. The duo is pitching a co-leadership model, though May has said that she’d serve as the face of the party while Pedneault would be in charge of managing the party’s internal affairs.

During the Green Party’s leadership debate, much attention was placed on the party’s in-fighting, fundraising challenges and overall disorganization, and how each leadership contestant would mend the party’s woes.

The May-Pednealt ticket pitches themselves as the only contestants to have a seat in Parliament and the experience required to boost the party to a dozen MPs in Parliament. (May has served as the MP for Saanich – Gulf Islands since 2011.)

Candidate Sarah Gabrielle Baron is a creative writer and long-time Green member who seeks to reimagine the party with “Deep Green thinking” and embracing eco-socialism.

Baron expressed her desire to build a new philosophy of eco-socialism along with the Green Party’s membership while blaming Canada’s inflation problems on capitalism and neo-liberal policies being forwarded by “Justin Trudeau and his Liberal gang of turkeys.”

Baron’s platform includes radical policies like the implementation of a “guaranteed livable income,” the withdrawal from the North Atlantic Treaty Organization (NATO), and “learning to live small” which urges Canadians to consume less in order to survive in peace with nature.”

In an attempt to contrast herself with the May-Pednealt candidacy, Baron slammed the co-leadership model saying that having two egos at the top does not magically make the Greens a grassroots organization.

Candidate Simon Gnocchini-Messier is from the Quebec riding of Hull-Aylmer and identifies as a social democrat. He wants the Green Party to embrace ecological wisdom, a principle that he says is the opposite of what the book of Genesis commands in his policy platform.

“In contrast to the biblical command to human beings to be “fruitful and multiply, and fill the earth and subdue it, and have dominion over the fish of the sea and over the birds of the air and over every living thing that moves upon the earth” (Genesis 1:28), as Greens we recognize that humanity is part of the natural world and we respect the specific values of all life forms, including non-human species,” reads Gnocchini-Messier’s platform.

Gnocchini-Messier frequently maligns “neo-liberal capitalism” as “dystopian” and “rapacious,” blaming the economic system for Canada’s deteriorating public medical system and dispossession of indigenous citizens. He claims Canadian dystopian capitalism relies on the extraction of natural resources, labour of unpaid caregivers and the exclusion of those who stand in the system’s way.

He instead would like to introduce green social democracy and “reassume state control over major levers of our economy” in areas like housing, energy and transportation.

Chad Walcott and Anna Keenan represent the other co-leadership duo seeking the top job, putting forward a more moderate centre-left agenda in contrast with other contestants.

Walcott and Keenan’s primary policy proposal would be to introduce a nationwide four-day work week that they claim would make life less stressful and allow more time for leisure.

During the leadership debate, Walcott and Keenan stressed the need for fresh faces representing the party in order to rebuild party’s reputation, and challenged Pedneault’s ability to clean up the party’s internal affairs and run a campaign.

In Walcott and Keenan’s platform, they propose creating a firm regulatory environment for the coal, oil and natural gas industries, and possibly nationalizing the industries entirely.

The Green Party will make the choice on Saturday evening to either return to Elizabeth May’s leadership, or chart a new course with a selection of moderate or radical candidates.

The Greens saw their best parliamentary showing under May’s leadership in the 2019 election, scoring 1,200,00 votes, representing 6.5% of the popular vote. That election they won 2 seats, their most ever.