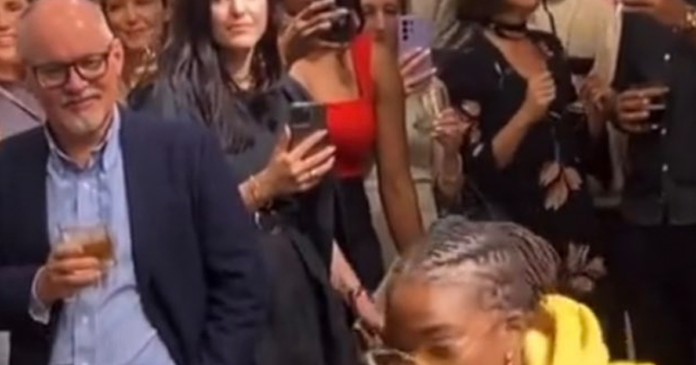 The Ontario government defended Chief Medical Officer of Health Dr. Kieran Moore after social media videos emerged of him partying maskless days after he asked residents to mask back up.

Moore was attending Toronto Life’s annual “50 Most Influential Torontonians” party at a high-end store on Thursday night. The magazine ranked him 12th “for keeping Covid under control.”

In a statement sent to various media outlets, an Ontario Ministry of Health spokesperson said that “Dr. Moore evaluates the risk of each situation, including private events.”

“He follows many layers of protection including screening daily for symptoms of any respiratory infection, practicing good hand hygiene, staying up to date on immunizations, masking when necessary and distancing when possible.”

The spokesperson also said that “Dr. Moore continues to encourage everyone to use their best judgment on when it’s appropriate to wear a mask.”

Moore had issued a strong recommendation that Ontarians mask indoors on Monday, including children as young as 2 years-old, warning of “three major viral threats” – Covid-19, the seasonal flu and Respiratory Syncytial Virus (RSV).

“All three are actively circulating across Ontario in all of our communities and across the western hemisphere contributing to the pressures on our pediatric health-care system. As the risk to Ontarians increases, we must use all of the layers of protection that we have,” Moore said on Monday.

Moore also said Monday that parents should mask up in their own homes when they have the sniffles, in addition to using good hand hygiene and cleaning surfaces.

Moore reiterated his masking plea in a letter to Ontario parents dated the same day as his maskless appearance at Toronto Life’s party.

The video of Moore received plenty of reactions on Twitter, including some accusing the doctor of hypocrisy.

True North’s Andrew Lawton suggested the situation was proof that masks were just for “regular people” and not the “influential ones.”

Meanwhile, Toronto Sun columnist Joe Warmington tweeted out “mask as I say, not as I do” and called Moore’s conduct “pure hypocrisy”.

When asked about the matter, Ontario Premier Doug Ford stated that “masking is a personal choice”.

It should be noted that Moore was not the only public official who was seen flouting the new masking advice.

Toronto mayor John Tory, who was a strong supporter of lockdowns and mandates during the pandemic, was also seen maskless at Toronto Life’s party.

In response to Tory’s maskless appearance, spokesperson Don Peat told the Toronto Sun that the mayor took his mask off for photos and “like all residents, (Tory) is trying to follow the new provincial public health recommendation where possible.”

“He has been wearing a mask in some public indoor settings since the recommendation was made — he wore a mask on the TTC last night.”