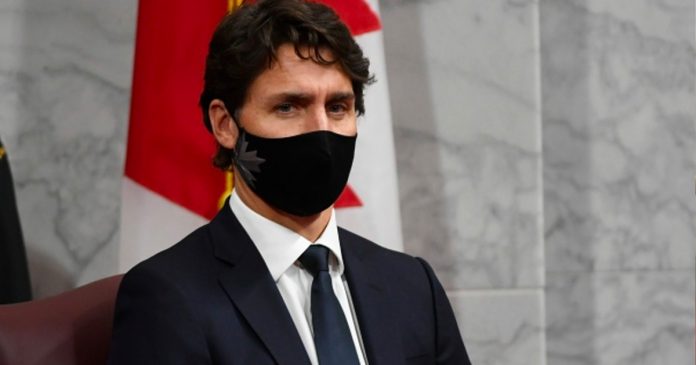 Gregory Tobin is the Digital Strategy Director for the Canada Strong & Proud network of pages. Working in graphic design, video editing, social media management and much more. His career has seen him work on numerous political campaigns across the country.

I read about the experience of a Canadian journalist who was shocked by the severe lack of poppies he observed being worn by Canadians this year.

It’s just one story, sure, but it is a stark example of the change in culture that we’ve experienced in Canada over the last several years. And that change is notable when you compare it to the Canada of 10-20 years ago.

So what happened to us? Seven years of Prime Minister Justin Trudeau happened, to be blunt.

When he was first elected, he seemed to be leading a new era of Canadian politics that would build off the accomplishments of Prime Minister Stephen Harper.

Canada was in a solid fiscal position, we were well respected in the global field, things were good. Sunny ways and all that.

One of the first things he did was call Canada a “postnational state,” which is sort of like saying we’re not really a country, having no defined values or traits. An extremely negative view of our multicultural landscape. And it set the tone for the rest of his tenure.

For our 150th anniversary Trudeau, rather than appear in person at the party on Parliament Hill on New Years, left behind a recorded video while he jetted off for a vacation. Then his government built a barely functioning skating rink and held a fairly normal celebration on July 1st, compared to what it could have been – but he chose not to fully embrace it.

We’ve also seen Trudeau display a serious lack of respect for our parliamentary traditions. There are many examples, but some notable ones include his refusal to answer any questions from anyone without devolving into a word-salad of buzzwords. Booting out Jody-Wilson Raybould and Jane Philpott from his caucus for disagreeing with him. Appointing Julie Payette as Governor General without any vetting process. Or his recent use of the Emergencies Act to deal with protests against him.

During the pandemic, he spent two years issuing outlandish spending promises and hiking taxes from his cottage’s front stoop. No committees, no parliamentary oversight, no debate. And all of this has led to out-of-control inflation, crushing the middle class.

In response to our nation’s desire to confront the history of our treatment of Indigenous peoples, Trudeau has chosen the cynical route. He agrees with assessments that this country is a “genocidal” nation while at the same time having trouble saying that China’s brutal oppression of the Uyghurs in China counted as genocide. In 2021 he lowered our flag to half mast and then waited months until Remembrance Day when he was finally forced to raise it again.

He told our veterans that they were asking for too much while also allowing our once well-respected Canadian military to devolve into a revolving door of abuse scandals, low recruitment and outdated equipment.

We saw him disrespect our late Queen Elizabeth II by having no real plans for her jubilee and refusing to hand out medals. Not to mention the bohemian rhapsody karaoke during the weekend of her funeral.

During all of these scandals, apologies and gaffes, Prime Minister Trudeau has failed to do one crucial thing – he forgot about Canada’s triumphs.

He refuses to celebrate and live up to the legacy of all the people, events, inventions, moments and symbols that have come before us. Terry Fox, Insulin, The Golden Goal, The Flag and so many more. They are what shape us and make us proud to be Canadian.

Now let me be very clear. It is right and just that Canada acts to make amends for its mistakes and grave failures. And let me be also clear that we’re all human and we all make mistakes, Trudeau included.

But his job is to do his best to keep this country together and encourage us to feel blessed to live here. And on that score, the Prime Minister gets a failing grade.

A Leger poll from 2021 found that only 65% of Canadians are proud of our history. That should bother us all. Trust in our institutions is key to them flourishing. And right now, we have a leader at the helm who doesn’t seem to care.

So after all that, it’s no wonder a lot of people aren’t feeling too enthusiastic these days. Their own Prime Minister isn’t telling that awesome Canadian story we need to hear – the story that encourages us to hand the cadet at the grocery store a toonie and grab a poppy. He’s abandoned the idea of patriotism, and Canadians have noticed.

We are in desperate need of leadership in this country to reinvigorate pride in Canada – a unique spirit that produces admiration for the best of our past and that seeks to make up for the worst.

We should all be proud to be Canadian. And we deserve a prime minister who truly believes that.

Gregory Tobin is the Digital Strategy Director for the Canada Strong & Proud network of pages. Working in graphic design, video editing, social media management and much more. His career has seen him work on numerous political campaigns across the country.