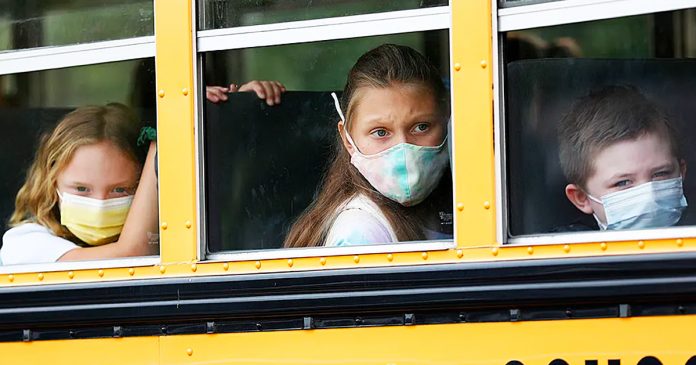 The mask police are back in action at the Ottawa-Carleton District School Board.

Led by mask-obsessed Ottawa doctor and newly elected trustee Nili Kaplan-Mryth, trustees will discuss a motion at a special emergency board meeting Tuesday asking that all students, teachers and staff be required to mask indefinitely.

She has indicated in her motion that not any mask but only expensive surgical or N95 masks will do.

It seems Kaplan-Mryth is not just obsessed with masks but the out-of-touch elitist thinks the school board and those students/staff affiliated with it have endless pots of money.

Her two-page motion asks that the mask requirement stay in place until Ottawa Public Health deems the flu season over in Ottawa and until the Children’s Hospital of Eastern Ontario (CHEO) pediatric ICU has an occupancy of less than 85% over at least two weeks.

If it passes at Tuesday’s board meeting, the order will commence the next day. Those who defy the order will be subject to rules stipulated under the board’s health and safety policies and codes of conduct.

No detail as to the mode of punishment is provided in the motion.

Kaplan-Myrth reasons that masks will stop the rise in not just of COVID-19 but in influenza and Respiratory Syncytial Virus (RSV) cases.

She claims that there is “no evidence of harm” to an adult or child’s physical or mental health from wearing masks – completely ignoring the countless articles depicting the social and emotional anxiety that has resulted from extended mask wearing.

She even invokes the Canadian Charter of Rights and Freedoms to support the need for these health protections.

I am not a doctor but it strikes me that extended mask wearing and social distancing has had an impact on one’s immune system – now evidenced by the rise in a variety of viruses at this time of year. I’ve had a bad cold and COVID in the span of six weeks.

Besides, whatever happened to the numerous vaccines we were pushed to take to protect ourselves?

But Kaplan-Myrth ran for the school board, I suspect, for precisely this reason – that is, to inflict her mask obsession on everyone else.

In fact, she appeared on a TVO interview recorded from her office in early September wearing an N95 mask. During the interview, she also launched a blistering attack on anyone who chose to go maskless.

She later complained that the pushback she received for wearing a mask while sitting alone in her office and for her obsession about vaccines came from racists, misogynists and anti-Semites.

It’s clear she’s formed an unholy alliance with the new chairman of the board, transgender trustee and radical leftist Lyra Evans, along with the vice-chairman, Justine Bell – both of whom have tried to put mask mandates back in place over the past year.

The two have authored a letter on the board’s home page indicating Tuesday’s special meeting is urgently needed to discuss the reinstated mask policy.

“The Board of Trustees cares greatly about this community,” they say in their open letter.

“It is our responsibility to work together and engage in any discussion that can impact student wellbeing, no matter how difficult.”

Long-time trustee Donna Blackburn says it is “very unfortunate” that the new Board is starting off our term with such a “divisive and unnecessary” debate.

She says people have made it clear to her that they want to focus on kids’ education.

“The Board has no authority to enforce a mask mandate. This will cause turmoil in our schools,” she adds.  “People have vowed that they will switch school boards and some staff will quit.”

Still, the only thing these radical leftists care about is inflicting their neuroses on others and removing free choice.

I feel sorry for students if the motion passes.

The thought of them being stuck wearing N95 masks for six hours a day until Kaplan-Myrth gives the “all clear” is beyond comprehension.