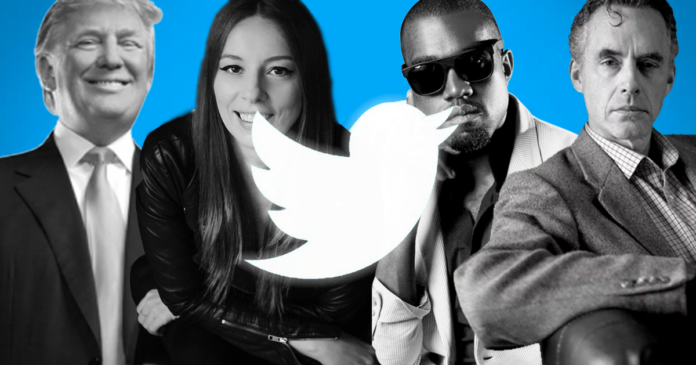 True North has compiled a list of notable people who have had their Twitter accounts reinstated in the last few days amidst owner and CEO Elon Musk taking the company in a new direction.

Former U.S. President Donald Trump was reinstated on Saturday after a Twitter poll by Musk saw the majority of respondents express their support for his return to the platform.

“The people have spoken. Trump will be reinstated. Vox Populi, Vox Dei,” tweeted Musk after the poll closed.

Trump was banned from Twitter, as well as Facebook, Instagram, and other social media platforms, following the events of Jan. 6 2021 – where some of his supporters stormed the U.S. Capitol with hopes to overturn the results of the 2020 presidential election.

Despite being reinstated, Trump has so-far shown no interest in returning to Twitter, opting instead for his social media site called Truth Social.

Peterson was suspended from the platform in June after he referred to transgender actor Eliott Page by his pre-transition name (Ellen Page) and suggested the actor’s breasts were removed by a “criminal physician”.

Twitter asked Peterson to delete the Tweet in question, which he refused to do, leading to an indefinite suspension.

Canadian writer, journalist and Feminist Current founder Meghan Murphy, who is known for opposing the agenda of transgender activists, had her account reinstated on Sunday.

Murphy had previously received a permanent suspension from Twitter in Nov. 2018 after she referred to B.C. trans activist Jessica Yaniv, who notoriously went after aestheticians who refused to wax her male genitalia, as “him.”

Murphy’s account reinstatement was welcomed by many, including renowned podcaster Joe Rogan – who she thanked along with Musk.

The Bee was suspended back in March after it named transgender Biden administration official Rachel Lavine “Man of the year.”

American rapper Ye, commonly known as Kanye West, returned to Twitter on Sunday. He had been locked out of his account in October over concerns of anti-Semitism.

Save what ye love.”

Others also want to see conspiracy theorist Alex Jones be reinstated. However, Musk is declining to do so, writing in one Tweet, “I have no mercy for anyone who would use the deaths of children for gain, politics or fame.”