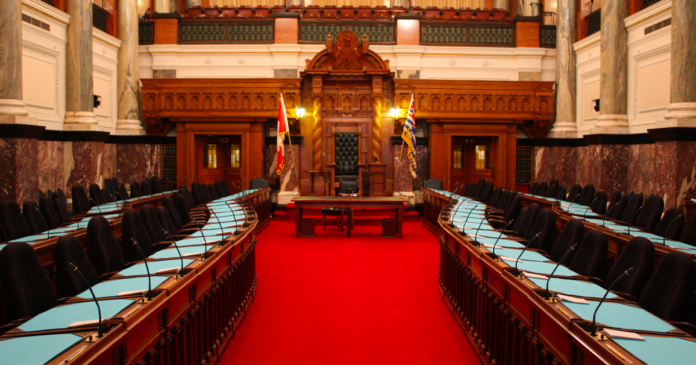 A private members bill currently before the Legislative Assembly of British Columbia calls on the government to immediately freeze pay for MLAs.

The Canadian Taxpayers Federation (CTF) urged for the freeze to immediately pass as Canadians struggle to make ends meet in the current economic environment.

“This is good legislation which desperately needs to pass before the close of the legislative session,” said CTF’s British Columbia director Carson Binda in a press release.

“Politicians shouldn’t be giving themselves pay raises while families are struggling to make ends meet.”

With only a few days left before the end of the legislative session and an expected $10,000 pay hike scheduled in April, the bill could face removal from the order paper if not debated before the holidays.

“British Columbians expect their elected representatives to lead by example. As our constituents continue to face financial challenges due to inflation, the last thing they’d want to see is their MLA receiving a pay bump,” said Stone on Oct. 6.

“Accepting a pay increase of up to 10 per cent would be completely out of line with the expectations of families who are struggling to put food on the table or keep their kids in extra-curricular activities.”

Similar measures have been adopted by other provinces. In September, Ontario Premier Doug Ford’s government introduce legislation to prevent a pay hike in 2023.

“While people are struggling due to increasing costs, politicians should not be getting raises,” the Ontario government said in a statement.