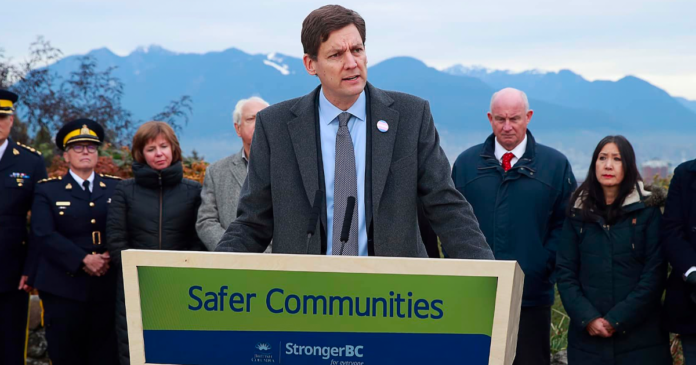 British Columbia’s new Premier David Eby revealed on Sunday that he will be introducing new legislation to allow the government to seize property via an “unexplained wealth order.”

Civil liberty organizations are up in arms over the proposed law, claiming it violates the rights of Canadians.

The BC Civil Liberties Association (BCCLA) has called the proposed law an “unacceptable infringement” of rights.

“The BCCLA believes that UWOs are an unnecessary expansion of government power and an unacceptable infringement of Canadians’ rights to the presumption of innocence, due process and privacy,” said the organization.

Unexplained wealth orders were first recommended in a report by the Expert Panel on Money Laundering in BC Real Estate in 2019.

“Civil forfeiture is already used much more readily than criminal prosecution but still requires a link to criminal activity, which may be hard to establish, especially where international transfers are involved,” wrote the panel in a list of recommendations.

“Unexplained Wealth Orders could be used to confiscate property where there is no evident legitimate source of funds, providing another civil process tool that does not rely on criminal prosecution or evidence of a crime.”

The premier made the announcement as part of his government’s Safer Communities Action Plan.

Eby claims that the law will be designed to target criminal enterprises and individuals who refuse to reveal the source of their wealth but civil liberties advocates have already raised the alarm about the legislation’s implications.

Eby pointed to findings by the province’s commission into money laundering and organized crime.

“When we look at that situation, coupled with the report, the public inquiry into money laundering that says that we have a multibillion-dollar problem with money laundering in our province, action needs to be taken,” said Eby.

If approved, the law is expected to go into effect in spring 2023.