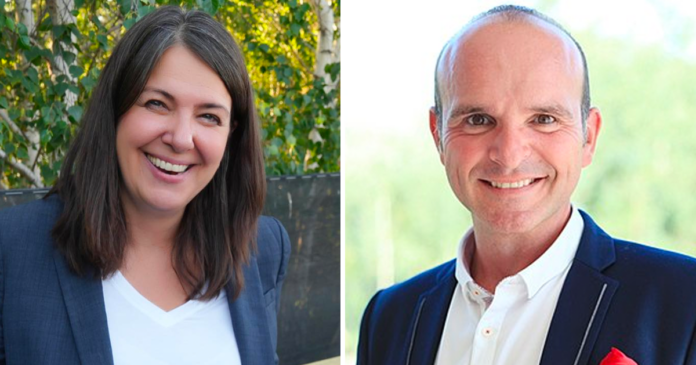 In a broadcast to the province on Tuesday night, Smith said sovereignty legislation would be ready in about a week and act as a constitutional shield to protect Albertans.

But Boissonnault says the Albertans he has met  with aren’t “asking for more jurisdictional fights or constitutional squabbles.”

“They want a prosperous Alberta within a strong Canada, and they expect their federal and provincial governments to work together and deliver results that make their lives better,” he wrote in a statement.

“That means focusing on real issues like how we can make life more affordable and build an economy that works for everyone.”

Boissonnault did not address the $2.4 billion package Smith announced for struggling families on Tuesday night, namely $600 for families and seniors, at least six months of fuel tax relief, and re-indexed social benefits among a host of other benefits.

After announcing her plans to help Albertans through the inflation crisis, Smith turned to her proposed Alberta Sovereignty Within a United Canada Act. She ran on the proposal — dubbed the Alberta Sovereignty Act during the United Conservative Party (UCP) leadership race – as a means to bar federal bills deemed harmful to the province.

“This legislation is designed to be a constitutional shield to protect Albertans so that when Ottawa implements a policy or law attacking our economy or provincial rights, our government will not enforce those unconstitutional measures in Alberta,” Smith said Tuesday night.

“Some are attempting to scare folks into thinking that this legislation has something to do with leaving Canada. Nothing could be further from the truth.”

Yet Boissonnault said Smith’s plan to move forward with the legislation “is deeply concerning.”

“This Act will not create a single job, it will not help a single business, nor will it make life more affordable for a single family,” he wrote.

“Unequivocally, it is an attack on Canadian unity. As a proud Albertan, and an equally proud Canadian, this is something I can never support.”

All the former candidates are in Smith’s cabinet except Leela Aheer, who announced she wouldn’t run for the party in the spring general election. Smith said members of her cabinet would not have a free vote on the Alberta Sovereignty Act, unlike the rest of her caucus.