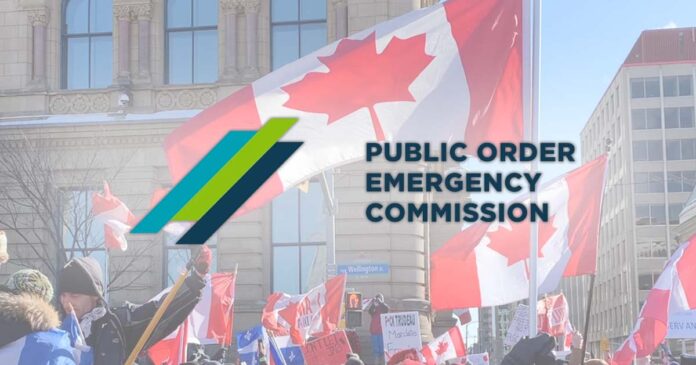 For six weeks, Canadians tuned into the Public Order Emergency Hearings (POEC) to hear the testimonies of key figures from the government, the convoy and police to decide whether the invocation of the Emergencies Act on Feb. 14 was justified.

All witnesses were given time to explain their position and to be cross-examined in order for the Commission to have the information it needs to inform its report.

While the Commission may have appeared like a courtroom setting to many Canadians looking on – and Commissioner Paul Rouleau is indeed an Appeals Court Judge – there will be no fines, charges or any other repercussions brought upon anyone involved. The Commission had no legal teeth and was not tasked with probing or judging potential wrongdoing.

The next steps will instead see the Commission examine the evidence given in testimonies and assess whether the invocation of the Emergencies Act was appropriate.

As outlined in the Order in Council, the Commission must examine the measures taken, with respect to:

The Commissioner will be asked to set out “findings and lessons learned” and whether the Act requires modernization.

The Policy Phase of the Public Order Emergency, in which the Commissioner will call on nearly 50 experts from various fields to develop relevant recommendations and improvements to existing legislation, will start on November 28.

Criminal law, policing powers, freedom of expression, and peaceful protests will be discussed in these discussions.

“I look forward to hearing the thoughts and views of the experts and the discussion and analysis of these key policy issues,” said Commissioner Paul Rouleau. “This will assist the Commission in considering what recommendations to make on the use of and potential modernization of the Emergencies Act and on any areas where we consider further study or research should be undertaken.”

The Commissioner must submit to the Governor in Council a final report, including findings and recommendations, no later than Feb. 6 2023.

A report of the inquiry must be presented in the House of Commons and the Senate of Canada before February 20, 2023.