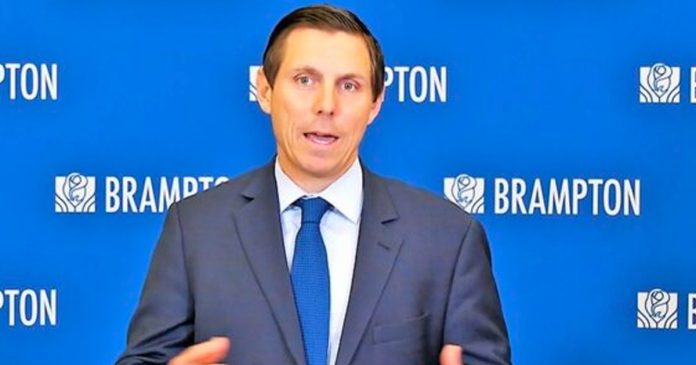 A constitutional rights group is sounding the alarm over Brampton’s attempt to prohibit election signs on private property.

“We are writing to you because we have concerns about the constitutionality of a municipal prohibition on all election signs, including on private property,” wrote Van Geyn.

Van Geyn argues that the proposed by-law violates Section 2(b) of the Canadian Charter of Rights and Freedoms which grants “freedom of thought, belief, opinion and expression, including freedom of the press and other media of communication.”

“Signs can still be distributed to residents for display inside their homes in their windows. It’s not as though candidates are prohibited from displaying and creating their own signs and offering them to residents,” zoning and sign bylaw services manager Elizabeth Corazzola told council.

“Any sign that is then displayed on the exterior of the building would obviously be in violation of the bylaw.”

Council cited persistent problems with sign tampering, visual clutter, distractions for drivers and the environment as justifying the signage ban. Additionally, the city wants to increase fines for those found violating bylaws pertaining to signs.

Van Geyn said on Twitter that her organization is ready to litigate on the matter if Brampton City Council doesn’t reconsider introducing the bylaw.

“To the extent that it prohibits individuals from putting municipal election signs on their own property it is an unjustified restriction on the right of those residents to freedom of expression, in particular, their constitutionally protected right to engage in political speech,” said Van Geyn.

“This violation of the Charter protected right of Brampton residents cannot be justified in a free and democratic society. The Sign Bylaw lacks a rational connection to a valid public purpose, is not minimally impairing and is disproportionate.”