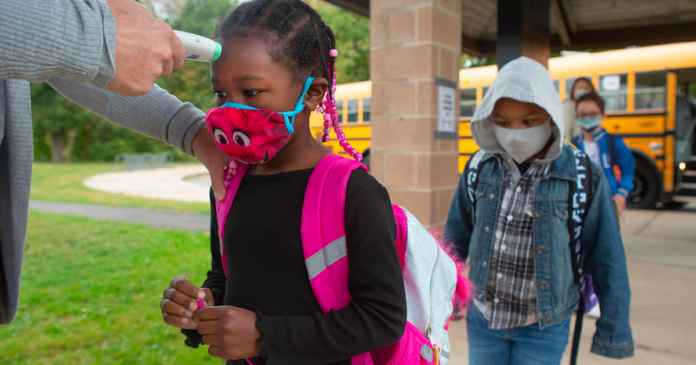 Ottawa Carleton District School Board (OCDSB) trustees are continuing to squabble about the very heated yet failed attempt to push a mask mandate on students, as the board itself sends damage control messages home to parents.

Last Tuesday’s board meeting that was open to the public had to be postponed due to disruptions from the audience. They reconvened on Thursday, with the motion failing 6-6… 8 against when you count the non-binding votes from the two student trustees who opposed it and, as has been remarked by many onlookers, were the most articulate voices in the room.

It’s all quite something and yet another sign that controversial newly elected trustee Dr. Nili Kaplan-Myrth, who put forward the motion, has caused nothing but trouble with her single-minded focus on mask mandates.

An email update, sent to parents and guardians of all OCDSB students on Friday, begins with the following line: “This was a challenging week for the OCDSB community.” It goes on to explain how the issue “generated a lot of discussion” and that “after much debate, the motion did not pass.”

Then there’s this condescending doozy of a paragraph:

“Public discourse and the debate of ideas is important. Critical thinking is important. Criticism, attacks, and abuse of others for their beliefs or ideas are not okay. As a community, we need to learn from and move past the difficult experiences of this week. We all deeply care about the health, wellness and education of students. They would be well-served by our commitment to listen, learn and engage with one another in a respectful manner, supporting the dignity of every person.”

What on earth is going on here? There’s clearly some Dawson’s Creek-level drama going on in the subtext of this weepy lament. What else is happening behind the scenes that they’re not disclosing?

I emailed the board to ask if there have been any actual attacks and abuse occurring as a result of the mask mandate (and, no, mean tweets don’t count). I’ve yet to receive a response.

And what’s with this whole “debate of ideas is important” but “criticism… of others for their… ideas are not okay.” What are they even trying to say here? And why would a school board send such paternalistic ramblings out to all parents?

Then again we do know the “debate of ideas” was still going on between the trustees following the meeting, and maybe that’s what the letter to parents was all about.

In an email exchange the day after the vote – an exchange that all trustees could see that members of the media were CC’d on  –  trustees were still getting into it.

“It was, in my opinion, a bad motion and it appears others agreed. Accept that and move on,” Trustee Donna Blackburn wrote in an email to Kaplan-Myrth.

The whole email thread began when a parent wrote to all trustees to celebrate the defeat of the mask mandate and criticize Kaplan-Myrth’s overzealous conduct.

After one trustee wrote back to defend Kaplan-Myrth, the good doctor herself chimed in to say: “I look forward to continuing to work with each of the Trustees over the next four years, and I hope that, as colleagues, we stand together against anyone who threatens or attempts to intimidate or insults others.”

But Blackburn clearly felt this was disingenuous, saying in her email: “The challenging of my commitment to our staff and students is unacceptable and must stop. I have been called a baby killer. Do you think that is acceptable?”

Blackburn appears to be referring to the narrative stoked by Kaplan-Myth that those opposed to mask mandates somehow wish ill health upon people.

“We are going to have a very long four years if we don’t all agree to follow certain respectful ground rules,” Blackburn adds. “Please stop suggesting that any Trustee voted last night based on intimidation.”

Blackburn’s certainly right about the long four years, but this is all so very embarrassing – and none of it has anything to do with student excellence.

Do you have information to share about the ongoing Ottawa school board antics? Email [email protected]