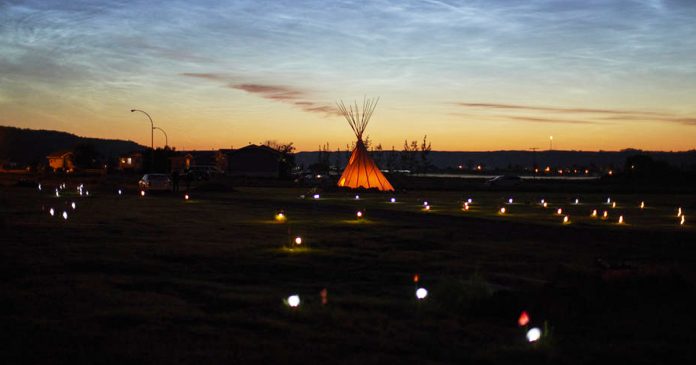 Pretendianism – pretending to be an Indian – has been commonplace for generations.

In recent decades, however, indigenous identity theft by white Canadians has skyrocketed in lock-step with the growing status, influence, privilege, and wealth that faking Indian pedigree now yields.

Ironically but unsurprisingly, pretendianism is simply the other side of the tarnished racial-cum-ethnic differentiation coin: for most of the long period of contact between the first settlers of Canada and the later European immigrants, pretending to be white, like passing for white in America among mixed pedigree people, was an important strategy for coping with racism and other forms of oppression.

The best known recent pretendian case involves Mary Ellen Turpel-Lafond, widely regarded as one of Canada’s most successful and honoured indigenous scholars and legal professionals, who for decades claimed to be of aboriginal ancestry through her putative Cree father William Turpel. According to an October 12 CBC exposé, she even referred to herself as the “first Treaty Indian” appointed to the judicial bench in Saskatchewan history.

The CBC asked Turpel-Lafond how her father, William Turpel, could be Cree when his parents were British. “She refused to answer, only hinting at family secrets and shame, saying ‘I will never call anyone out’ … However, in a public statement days after the story was published, Turpel-Lafond declared that her father had been adopted.”

As might be expected, many indigenous activists have become increasingly outraged by this pretendianism.

Jean Teillet, the great-grandniece of Louis Riel, an Indigenous rights lawyer, and the writer of a new report for the University of Saskatchewan called Indigenous Identity Fraud had this to say in a Globe and Mail column:

“In recent years, there have been a series of high-profile media exposés of people who are falsely taking on an Indigenous identity. They are being called “pretendians.” The word blends “pretend” with “Indians.” It’s a cute word, too cute. The use of the word pretend makes it sound like a game, like something fun, like action with no consequences. People don’t cause harm when they pretend, and pretending has an air of innocence about it because that’s what children do.

There is nothing innocent about falsely assuming Indigenous identity. It’s fraud – intentional deception for personal gain. Lies about the person’s lived experience, their family and where and how they grew up are repeated over decades. Most of the lies play to stereotypical beliefs about Indigenous people. Usually by working for and with Indigenous people, the imposter gains access to opportunities, jobs, money, prestige and power. It’s a deft twist on impersonation. It’s identity theft, it causes harm, there’s a lot of it going on, and it’s a serious problem… And that will happen because thousands of individual Canadians have falsely assumed an Indigenous identity.”

“Thousands” is a big but not unexpected number given that self-identification is all that is still required in most cases to reap the advantages of indigenous status.

But this begs the question of why these racial/ethnic group rewards exist at all, a question Jean Teillet and others have avoided or downplayed likely because they accept the basic premises of the divisive scourge called identity politics with Indigenous identity theft being the inherent outcome of differential treatment based on birthright.

Indeed, that different rewards for different categories of people is a natural, normal, and healthy way to organize a society is given extraordinary official legitimacy in Canada via the Charter of Rights and Freedoms’ affirmative action clause and the protection of indigenous rights in Section 35  both of them guaranteed by the 1982 Constitution.

Such beliefs allow Teillet to opine that: “Perhaps the greatest harm of all [of identity theft] is the sense of suspicion that now prevails and the loss of trust. Fraud is a poison, and it taints everything it touches. Indigenous identity fraudsters make a mockery of truth and ethical standards. We should care deeply about Indigenous identity fraud and every measure should be taken to put a stop to it.”

For me, “the greatest harm of all is the sense of suspicion that now prevails and the loss of trust” when Canadian citizens are granted all manner of scarce benefits and resources based on the colour of their skin or the ethnic affiliation of their parents. Moreover, it is an incontrovertible logical and observable fact that favouring some people for their identity automatically disfavours others with a different identity.

So why are we so zealously promoting racial and ethnic animosity in a country most of whose citizens believe all Canadians should be equally allowed to openly compete for access to scarce social and economic resources? And why should one’s birth status — in this case, the inherited right to an Indian status card and a myriad of other privileges — determine privileged access to power, privilege, prestige, and prosperity in what is supposed to be a nation based on freedom, fairness, and equality of opportunity?

To paraphrase Teillet, we should take every effort to put a stop to this unethical practice.