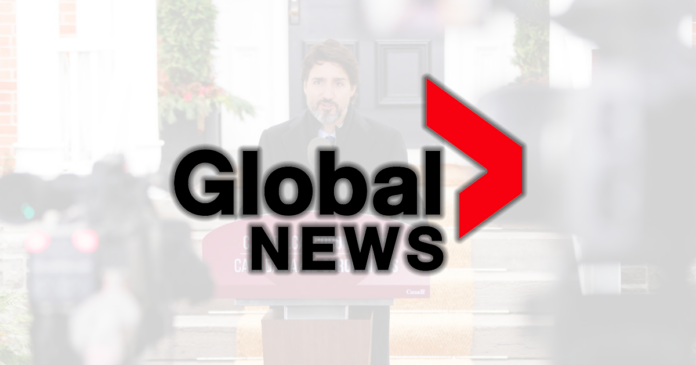 A former Canadian Radio-television Telecommunications Commission (CRTC) vice-chair is criticizing a bid by Global News to gain access to secure payroll rebates via tax measures, warning that it could make media companies dependent on the Liberal government remaining in power.

As first reported by Blacklock’s Reporter, the owner of Global News, Corus Entertainment Inc., submitted a petition to the House of Commons finance committee on Monday urging Ottawa for 25% payroll rebates via tax measures for media companies.

Specifically, Corus wants to have access to a maximum $13,750 payroll rebate per employee introduced under the Income Tax Act media bailout in 2019. Currently, broadcast and TV news is not included in the $600 million package.

According to former CRTC vice-chair Peter Menzies, Corus’ arguments are problematic on several levels, including the fact that the 5-year bailout program was specifically created to help newspapers transition into a digital medium and not broadcasters like Global News.

“Corus/Global and other broadcasters were given significant financial relief during the pandemic in terms of the waiver of fees by the CRTC,” explained Menzies, also a former newspaper executive.

“As CRTC-licensed broadcasters, Corus/Global enjoy a number of benefits not available to newspapers such as – and this is significant – being protected from competition, permitted use of a scarce public resource (spectrum) and having CRTC-mandated carriage on cable and satellite networks.”

Menzies also told True North that should the government revise the terms of existing agreements “to give further financial benefits to already profitable and – some might say – pampered companies such as Global/Corus it will do so at the disadvantage of the more than 200 innovative and entrepreneurial news websites that have launched in recent years.”

“It would also be a step further towards the creation of a permanent co-dependence between the Liberal party being in power and Global/Corus’s ability to produce news,” he continued.

The petition comes only months after a Corus executive told the Senate that Global News was “on the brink.”

“Our ability to provide local, fact-based news in large parts of the country, in small markets, in places like the English-language minority community in Montréal, it all teeters on the brink,” said the company’s executive vice president Troy Reeb.

“It’s a money losing business in television that is subsidized by entertainment programming,” said Reeb on Sept. 15.

Corus hasn’t fared any better on the stock market where shares in the company have lost nearly 80% of their stock value over the past five years.

“The position taken by Reeb appears to ignore all of this and represents an inflated sense of corporate self-importance: if Global no longer wishes to produce news it is free to appeal to the CRTC for relief of its regulatory obligations or – as it appears to resent doing news – turn in its license. I have no doubt there are other entrepreneurial companies more than ready to take their place,” explained Menzies.

He also added that broadcasters could soon benefit from $240 million annually should Bill C-18 become law.

According to a recent update to investors, the company blamed “prior imposition of public health restrictions” and “public sentiment about the pandemic” for advertising disruptions.

“Disruptions caused by the prior imposition of public health restrictions, public sentiment about the pandemic, and continuing COVID-19 infection rates can negatively impact the Company’s operations and financial performance,” Corus stated in a press release on Sept. 9.

“The Company continued to be impacted by pandemic-related conditions in the past quarter, primarily due to disruptions to consumer behaviour patterns and supply chains affecting both product and service advertising categories.”