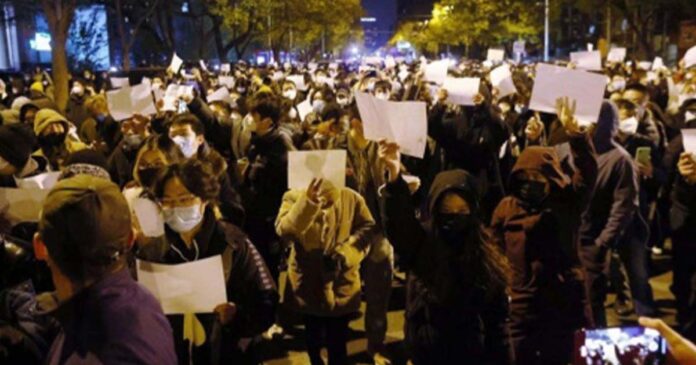 Chinese citizens have risen up in protest against Xi Jinping’s zero covid policies and authoritarian lockdown measures. As the rest of the world moves further away from covid, China’s tightening of restrictions has pushed many citizens over the edge. Footage from the streets of China has been breaking through the firewall and flooding social media platforms, giving the West an unprecedented view on truly unprecedented protests against Xi Jinping and the Communist Party.

Joining Rupa on the show is the host and anchor of NTD’s China in Focus, Tiffany Meier. Tiffany and Rupa discuss the origins of the mass protests breaking out all across China, the future of Xi Jinping’s iron grip on the country, the internal party fighting going on behind the scenes between Xi and his political rivals, and the covert interference that China has on Western nations.

Tune in to the latest episode of The Rupa Subramanya Show!