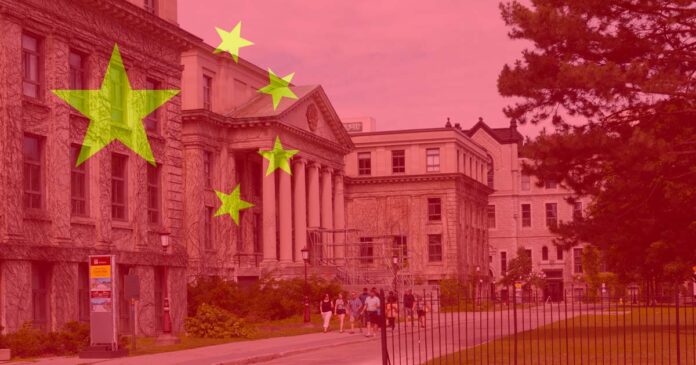 University of Ottawa (U of O) president Jacques Fremont has apologized following backlash over the school’s decision to ban media from filming a speech given by Chinese ambassador Cong Peiwu at the campus.

In a tweet Wednesday morning, Fremont wrote, “we made the wrong decision at the last moment. We apologize to the media involved. We should have done better to protect the freedom of the press.”

As reported by Radio-Canada, Cong participated in a conference at U of O Monday titled “China and the World: Development, Trade and Governance in the 21st Century.”

The event was attended by several members of the media. However, Radio-Canada reports that the university told their cameramen that he had to leave after Cong requested cameras be banned.

Radio-Canada notes that the university also lowered the blinds in the room to hide a protest outside that was in solidarity with the Uyghur people, a group that China has been accused of committing genocide against.

The ambassador’s appearance at the university came amid unprecedented protests against the Chinese Communist Party (CCP) and its zero-Covid agenda. Citizens continue to be subjected to long and extreme lockdown measures as well as mass testing and contact tracing.

As reported by The Canadian Press, Cong defended the CCP’s policies at the U of O event. “In China, the policy works well,” he said. “The central government in China, our philosophy is putting people first, putting life first.”

The banning of journalists was met with backlash, including from the federal Liberal government.

Prime Minister Justin Trudeau said in French “for me, they made a mistake in banning the cameras. In Canada, we open (things) especially to people who have a public profile. The media must have access.”

While the university did not return True North’s request for additional comment, it did tell Radio Canada that “in order to ensure that this regrettable situation does not happen again, the university will try in the future to be clearer with its speakers before holding events, on the possible presence of media.”