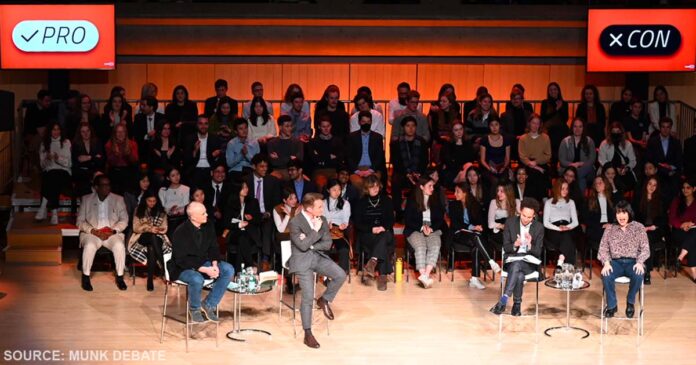 Be it resolved, don’t trust the mainstream media. That was the subject of a recent Munk debate in Toronto which saw audience members thoroughly reject the half-hearted defence of legacy media. A majority of the audience went into the evening against the resolution – declaring their trust in establishment media. But by the end of the evening, 39% of the vote had shifted and the room overwhelmingly sided against legacy media.

Also on the show, CTV News repeats Chinese propaganda about Zero Covid, a legacy media journalist gets triggered by the sight of the word “freedom” on a sweater and CBC Comedy publishes an insanely cringeworthy piece of content.

Tune in to Fake News Friday with Andrew Lawton and Harrison Faulkner!