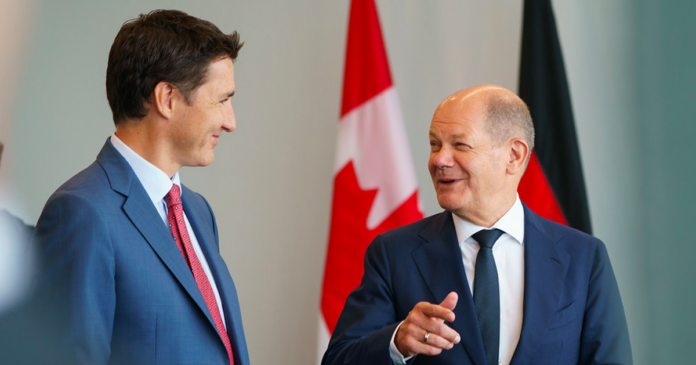 The agreement with Qatar Energy will see Germany supplied with two million tonnes of LNG for fifteen years beginning in 2026.

In August, German Chancellor Olaf Scholz paid Canada a diplomatic visit to seek an energy deal with its international ally.

At the time, Prime Minister Justin Trudeau questioned whether there was “a worthwhile business case” to begin exporting gas to Germany – which faces an energy crisis due to the repercussions of Russia’s invasion of Ukraine.

“There are a number of potential projects, including one in Saint John, and some others that are on the books for which there has never been a strong business case because of the distance from the gas fields,” claimed Trudeau.

“We are looking right now — and companies are looking — at whether or not, in the new context, it makes it a worthwhile business case, to make those investments. … It needs to make sense for Germany to be receiving LNG directly from the east coast.”

Critics of the deal accused the prime minister of not meeting his international obligations at a time of crisis.

“Canada has a golden opportunity to help our friends, and make billions doing it. Putin weaponized his energy. Trudeau has the power to de-weaponize it, and discourage other dictators from trying something similar in the future. But he’s choosing not to,” Canada Strong & Proud Network digital strategy director Gregory Tobin wrote in a True North op-ed.

Additionally, concerns about Qatar’s violations of human rights have reached a crescendo as the country hosts the 2022 FIFA World Cup.

According to Human Rights Watch, members of the LGBT community have been subject to beatings, detention and sexual harassment.