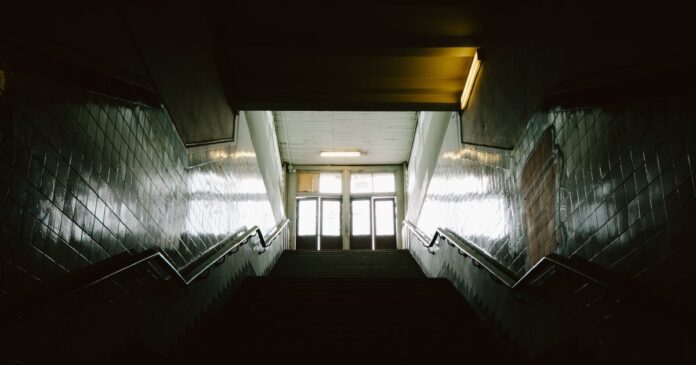 Toronto politicians and school board officials are scrambling to figure out what to do with the incredible violence unfolding at York Memorial Collegiate Institute. Whatever happens next, let’s hope more parental involvement is one of the outcomes.

The high school has been in the news the past couple of weeks for reports of fights with weapons, students swarming the office, death threats to teachers, fight clubs taking place in the washrooms and more. Teachers are going on stress leave and everyone seems to be at their wits’ end.

This is the sort of extreme disorder that we’re used to hearing about in American news. It’s not something you expect in Toronto. And yet here it is.

It seems like the higher ups were just trying to ignore the problem, because they’re only now talking about it publicly after the news stories surfaced. All signs indicate the issues started a while back.

On Monday evening, the Toronto District School Board will be addressing these problems in a meeting. They’re expected to deal with a motion to bring police officers back into schools. Let’s hope they vote for it, because that’s obviously something that needs to happen. The 2017 TDSB vote to remove school resource police officers was clearly a massive mistake.

But bringing back cops can’t be everything. We also need to start thinking outside of the box.

Toronto Mayor John Tory, in a statement on the problem, discussed the need for “enhanced youth programming, mental health and well-being supports as well as food security initiatives in schools”. He also referenced a summer jobs program.

These measures can no doubt play a role in the solution, but we’ve been hearing this sort of stuff on and off for years. Toronto is now clearly besieged with a broken windows problem – where small instances of disorder throughout the city have culminated into a general sense of lawlessness.

It was one thing to have urban decay problems isolated to certain parks that everyone knew to avoid, but now we’re at the point where it’s spilling over into all neighbourhoods, on public transit and within our schools.

One idea out of the United States that can serve to inspire us here is the Dads on Duty program.

Last week, Pine Forest High School in Florida introduced a version of this program. It’s where fathers from the community come in to patrol the halls and engage with students.

Pine Forest High was considered the most violent in their part of Escambia County and the administration finally decided something had to be done.

“If that mentor is consistent and coming then they can have those positive conversations and reinforce positivity to the students here at Pine Forest,” Assistant Principal Bakara Franklin told local media.

While that school’s program is brand new, the original Dads on Duty – which went viral on social media last year – has been touted as a successful model.

It all began after 23 students were arrested following a series of fights at Southwood High School in Shreveport, Louisiana. Fathers got together and determined it wasn’t right but that part of the problem was that too many of the kids had no positive male role models in their lives.

Dozens of fathers then began patrolling the halls. What they mostly appear to do is give out high fives and tell dad jokes. But based on a CBS News report that went viral, that alone goes a long way and the project seemed to work. The violence came to a halt.

After the news segment aired nationally, school boards across the United States started talking about introducing similar programs for their violent schools. It’s something to consider for Toronto, and any other Canadian schools plagued with violence.

The past couple of years, there’s been the growing sense that parents have either been shut out of the schools or have themselves dropped the ball for too long. Whether it’s on matters of curriculum or safety, parents need to get back in the game.