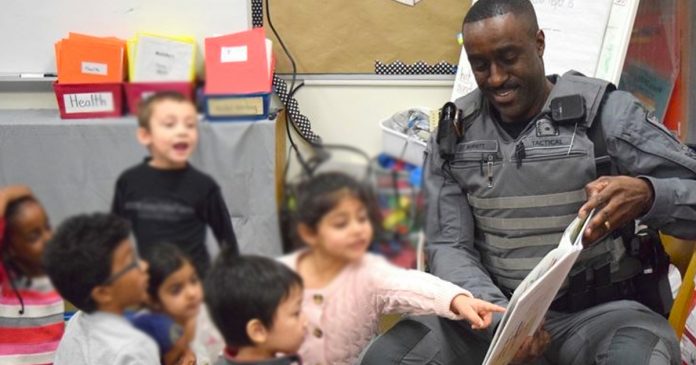 The Vancouver School Board narrowly voted to reintroduce police liaisons into local schools after scrapping the program last year due to pressure from progressive activists.

Last week, the board, which includes some newly elected trustees, voted to bring back a “revised and reimagined School Liaison Officer (SLO) program, effective and operational no later than September 2023.”

The rationale behind the decision cited a worrying increase in “troubling and violent” incidents targeting school-aged kids soon after the SLO program was scrapped in Sept. 2021.

“Subsequent to the discontinuation of the SLO program in June 2021, the city has seen a marked increase in incidents involving Vancouver youth, leading the (Vancouver Police Department) to raise an alarm in the spring of 2022 in response to a series of “troubling and violent” swarmings, robberies, and attacks on teens,” wrote Trustee Preeti Faridkot.

“The VPD also reports that since March of 2022, officers have encountered a concerning number of young people with imitation guns, bear spray, brass knuckles, and machetes near schools and in the community.”

Bringing back the program was a key promise by municipal party ABC Vancouver, a campaign which led to the election of current Vancouver Mayor Ken Sim.

Sim, who ran on a strict public safety ticket promising to hire 100 police officers and mental health workers, pledged throughout his party’s campaign to reintroduce police liaisons to schools also.

While still a candidate for ABC Vancouver Trustee Faridkot stated that “many students and parents” were calling for a return of the VPD in schools due to rising concerns about safety.

“A return of the School Liaison Officer program is something that many students, parents, and educators have been calling for,” said Faridkot in September.

“Reinstating an updated version of the program will be an excellent step towards creating safer, more welcoming schools while addressing concerns that led to the program being cut in the first place.”

“Out of respect for the rights of our students, I strongly recommend that all school districts end the use of SLOs until the impact of these programs can be established empirically,” claimed Govender.