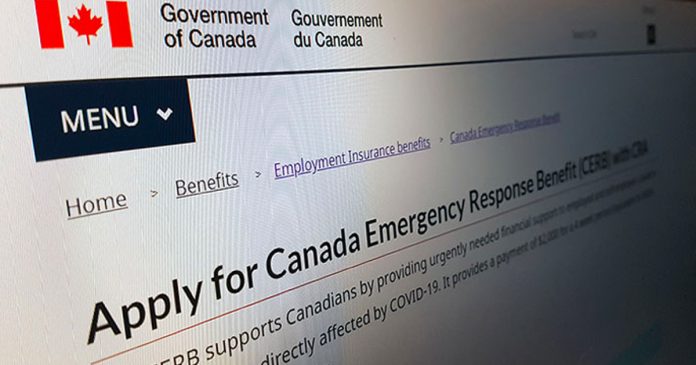 A new Auditor General report found that the federal government dished out tens of billions in Covid-19 relief to “ineligible recipients” including people who were already dead and inmates serving time in prison.

In total, the Auditor General flagged $32 billion worth of payments sent out by the federal government under suspicious circumstances, $4.2 billion of which were overpayments to ineligible individuals.

“We found $4.6 billion of overpayments made to ineligible recipients of benefits for individuals,” claimed the report.

“Politicians were asleep at the wheel while the government sent billions of tax dollars to the wrong place,” said Terrazzano in a press release.

“The $4.6 billion in overpayments are just the tip of the iceberg because the Auditor General flagged billions more in questionable payments.”

Auditor General Karen Hogan said that she has concerns about the lack of oversight and is calling for further investigations into the scheme.

“I am concerned about the lack of rigour on post-payment verifications and collection activities,” said Hogan.

The Auditor General report also flagged millions in funds which were sent to the deceased and inmates serving time in prison. A total of $6.1 million was sent to incarcerated individuals while $1.2 million worth of taxpayer funds were sent to the dead.

“The feds fired out a bunch of money without proper guardrails and now they have a massive mess,” said Terrazzano.

Conservative leader Pierre Poilievre blasted the Liberal government over the mismanagement on Tuesday.

“This morning, the Auditor General confirmed BILLIONS were spent in ineligible COVID benefit payments. This waste of taxpayers dollars made Trudeau’s inflationary deficits billions higher than they needed to be. These Liberals created a mess & now Canadians are paying the price,” tweeted Poilievre.