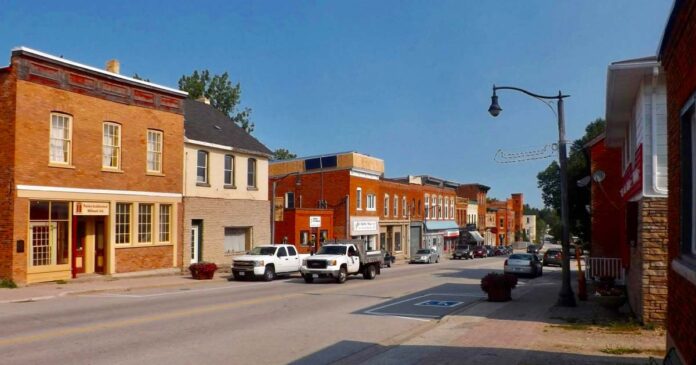 Newly-elected Ottawa city councillor Clarke Kelly, his constituency on the western edge of the nation’s capital, has a dignitary working in his office — the Mayor of Arnprior (Pop. 9,000).

For Lisa McGee, the difference between Job. 1 as mayor and Job. 2 handling Kelly’s “incoming case work” is a 13-minute commute.

So it’s hardly an inconvenience.

Arnprior resident Sophie Smith-Dore told the CBC that juggling two jobs is a necessary by-product of trying to attract a more diverse slate of people to municipal politics.

“If you want progressive leadership, you can’t wait around for a 75-year-old retired white man,” Smith-Dore said.

“We have a young mayor serving our town in a part-time role,” echoed Arnprior Coun. Chris Couper. “Being able to obtain additional employment is a necessity for elected officials who aren’t retired and/or living on a pension.”

During this fall’s elections, several politicians told the CBC that higher pay is needed to attract more people to municipal politics.

In nearby Drummond/North Elmsley, tucked between the Eastern Ontario towns of Smiths Falls and Perth, for example, the entire council, including the reeve, was acclaimed — and not for the first time.

So as an empty-nester not ready to retire, she found a more flexible position on Kelly’s staff, having served years ago in a similar position for his predecessor, Eli El-Chantiry.

“I could potentially do it with just the mayor’s salary,” McGee told the CBC, referring to the annual pay that was hiked by Arnprior council earlier this from $37,000 to nearly $49,000.

But McGee added she likes to stay busy — and the mayor’s position is only guaranteed to last four years.

“Time on my hands is never, never a good thing,” she said.

In some small towns and townships in the northeast, mayors, reeves and councillors are paid only a small honorarium and in some cases are volunteers.

“The public tends, (however), to think all politicians are overpaid, but municipal politicians are the ones you tend to see. You can see them walking down the street, you see what they do,” said Paul Seccaspina, president of Sudbury-based Oraclepoll Research, which tracks the opinions of voters across northern Ontario.

“That’s the difference from federal and provincial politicians.”

Seccaspina says promising to cut or freeze council pay might get you a few votes, but candidates are better off talking taxes or road repairs.

Drummond/North Elmsley is also one of 32 municipalities that has acclaimed its entire council, compared to 23 in 2018, and 18 in 2014.

In total, 546 seats on councils — or nearly one in five — have been filled by acclamation. That includes deputy mayors, deputy reeves and councillors, as well as regional or county councillors.