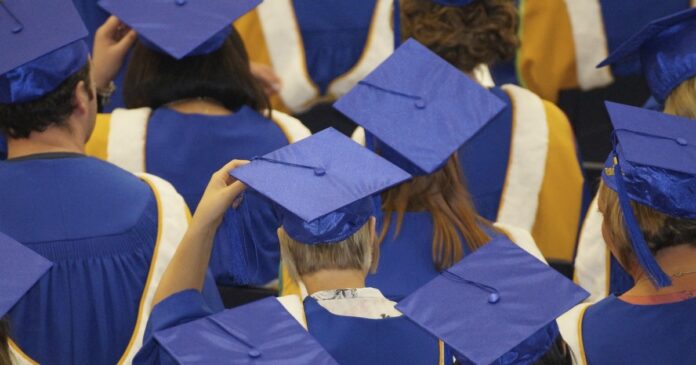 A briefing published by Statistics Canada shows that nearly 20% of college students already have a bachelor’s degree or higher.

One think tank told True North that this new data signals an increasing “disconnect” between the type of education offered by post-secondary institutions and what employers are looking for in the workforce.

“We need better cooperation and coordination among universities, colleges, and the private sector. That would help ensure Canadians are getting the education they need for the careers they want.”

The federal department found that 19.4% of students currently in college had previous education credentials from a post-secondary university. Ontario (25.8%) and British Columbia (24.1%) reported the highest share of students entering college while already holding degrees.

Nauta pointed to existing research by Cardus which found that nearly 53% of working-class Canadians had some sort of post-secondary degree, diploma or certificate.

“That works out to about three million people out of Canada’s six million-strong working class. By definition, a little more than half the working class has considerably more education than their jobs require. That’s a huge opportunity cost for them and the Canadian economy,” Nauta told True North.

“So, how about we provide more co-op opportunities at the high school level? Why not re-evaluate how we allocate resources between university-oriented education and the skilled trades? These are some things we could do to accentuate the interests and skills of every Canadian and boost their abilities so that they can pursue their career goals.”

People pursuing college after a post-secondary degree is not necessarily a bad thing, Nauta noted, however, as the trades sector is in dire need of specialized workers.

The federal government projects that between 2019 and 2028 an estimated 700,000 skilled trade professionals are expected to retire creating a potential labour shortage should those positions not be filled.

“There also seems to be a bit of a cultural shift away from emphasising high-tech or office-based careers. There’s always been a lot of dignity in practicing a trade, for example, so it’s good if Canadians are increasingly seeing that,” said Nauta.