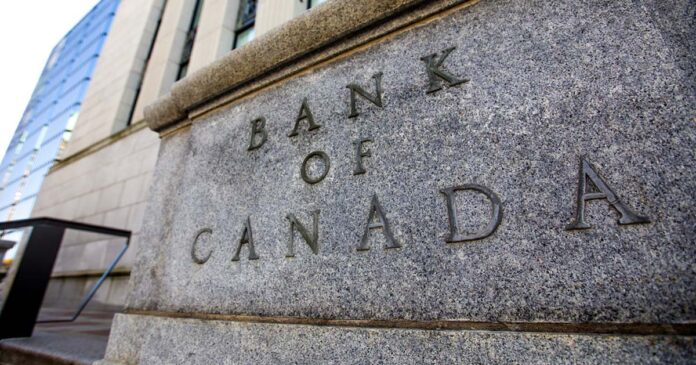 The Bank of Canada announced another interest rate hike Wednesday, raising the rate by 50 basis points to 4.25%, the highest since 2008.

This is the seventh rate hike of the year by the central bank in an effort to slow down inflation, which is at 40-year high levels.

In a statement the Bank said that the governing council would review its decision to continue raising rates next year.

“Looking ahead, Governing Council will be considering whether the policy interest rate needs to rise further to bring supply and demand back into balance and return inflation to target.”

The Bank justified its decision by noting high inflation numbers and the rising cost-of-living for Canadians.

“Inflation remained at 6.9% in October, with many of the goods and services Canadians regularly buy showing large price increases.”

On Monday, Canada’s Food Price Report produced by Dalhousie University revealed that on average the price of food spiked by 7% in all categories.

The average family of four spent around $15,200 on groceries this year with costs expected to rise in 2023 as inflation continues to put pressure on Canadians.

Throughout the first years of the Covid-19 pandemic, the Bank maintained its policy of quantitative easing by continuing to print money in an effort to stimulate economic growth.

In October of 2021, the Bank announced an end to the policy and in April of this year fully reversed course and began the current policy of quantitative tightening in an effort to slow the supply of money entering the economy.

In the Wednesday statement the Bank reaffirmed its commitment to quantitative tightening and has committed to bringing inflation down to its 2% target.

“Quantitative tightening is complementing increases in the policy rate. We are resolute in our commitment to achieving the 2% inflation target and restoring price stability for Canadians.

This move from the central bank mirrors the previous rate hike in October when interest rates were also increased by 50 basis points.