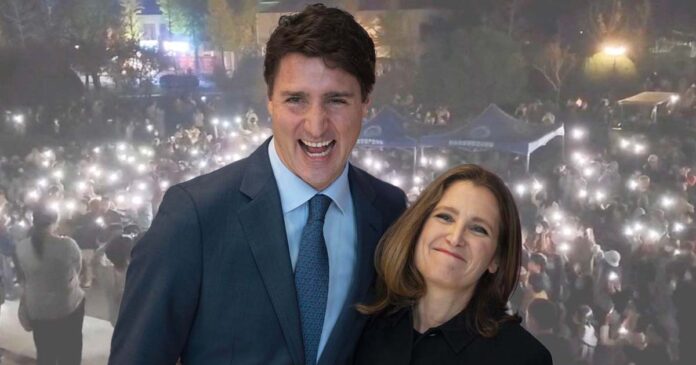 Justin Trudeau wasn’t kidding in 2021 when he said, “you’ll forgive me if I don’t think about monetary policy”— despite former Bank of Canada governor David Dodge suggesting it was a stupid enough quote for the prime minister to walk back.

Trudeau’s words turned into campaign fodder, as they came a few hours after new data from Statistics Canada showed inflation jumped 3.7% year-over-year that July, marking the biggest climb for the consumer price index in a decade.

If any more proof were needed that Dodge was correct, Auditor General Karen Hogan’s fall report released Tuesday should remove any remaining  doubt.

The federal government succeeded in quickly securing and distributing COVID-19 vaccines and rolling out pandemic benefits to help people and backstop the economy, said Hogan, but it wasted millions of doses and gave billions of dollars in benefits to ineligible recipients.

The audit of benefits “found that overpayments of $4.6 billion were made to ineligible individuals, and we estimated that at least $27.4 billion of payments to individuals and employers should be investigated further,” she said.

As if that will ever happen. The Liberals were raining billions of dollars on the unintended.

This, of course, forced the Tories into press release mode in which they accused the Trudeau Liberals of even more fiscal malfeasance after the Auditor General found billions in Liberal inflationary waste that “Canadians will be stuck paying for.”

“Canadians are struggling with 40-year highs in inflation and unprecedented labour shortages,” said Tory leader Pierre Poilievre. “One in five Canadians are skipping meals, 1.5 million Canadians are visiting food banks in a single month – half of which are children.

“Credit card debt is at a record high. It takes 67% of income to service a traditional mortgage, and average rent across Canada is nearly $2000 a month. Inflationary waste is driving up the cost of living. And yet, the Liberals are determined to double down on this failed inflationary approach with current and future programs.

“Canadians are out of money,” Poilievre said in the release,  “and this government is out of touch.”

Hogan capsulized the situation as follows:

“In 2020, the government decided to rely on information provided by applicants and limit pre-payment controls to expedite helping people and employers affected by the pandemic,” said Ms. Hogan.

“In doing so, it recognized that there was a risk that some payments would go to ineligible recipients. We found that overpayments of $4.6 billion were made to ineligible individuals, and we estimated that at least $27.4 billion of payments to individuals and employers should be investigated further.”

“I am concerned about the lack of rigour on post-payment verifications and collection activities,” said Ms. Hogan. “The Canada Revenue Agency and Employment and Social Development Canada need to act now to expand their post-payment verification plans to include all recipients identified as being at risk of being ineligible for benefits, then the department and agency need to carry out their plans and recover COVID-19 benefit amounts owed.”

Again, as if that will ever happen.

All in all it was a major-league cockup.