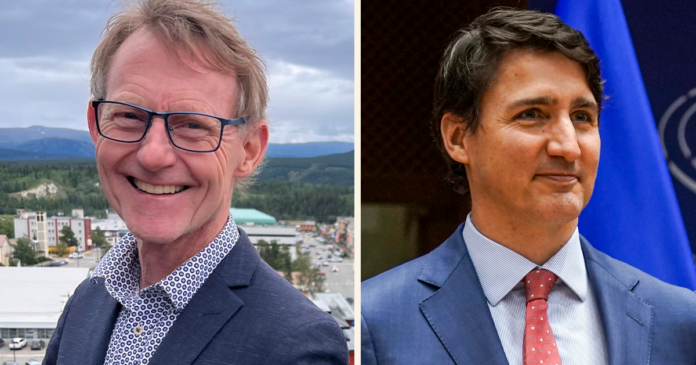 “This is really upsetting. Many Yukoners … regularly hunt, either as a food source or for the recreational aspects of hunting,” Hanley told CBC News. “I’m not happy with this and I’m not in a position to support this bill at this point with those amendments in play,” he said.

Bill C-21 started as a ban on handguns but recent amendments have expanded the list of firearms the government plans on restricting to include long guns. The proposed amendment would seek to ban nearly all semi-automatic rifles and shotguns in Canada.

“I’ve had more emails on this subject than on anything I’ve received over the last year,” said Hanely on Whitehorse’s local radio The Rush. “It’s a really contentious item.”

“I’ve been hearing from everyday hunters… who are seeing this as going too far into an area that’s very sensitive for Yukoners.” Hanley said.

On Monday, Trudeau addressed concerns over the amendments.

“We’re listening to feedback now, to make sure that we’re not capturing weapons that are primarily hunting weapons,” said Trudeau in a presser. “We’re not going after hunting rifles or shotguns, we’re targeting the most dangerous weapons.”

But Eric Schroff, the director of the Yukon Fish and Game Association, says more clarification is needed.

“Where did this come from?” Schroff told CBC News. “We’re not aware of a lot of dialogue that occurred between the federal government and safety ministers around this issue.” Schroff said there should have been more conversations about gun legislation with rural people and hunters that are included in organizations such as his.

“It’s easy for someone who’s not a hunter or someone who’s not from small rural parts of Canada like we are to say that this won’t have any effect on people,” he said. “If they’d been willing to talk to people they would have heard that this type of a ban will affect the hunters in Canada and rural Canada.”

Hanley says the definitions in the amendments need to be clearer. “We know that there are these grey areas. For instance, semi-automatic rifles that are used legitimately in hunting and right now appear to fit some of those definitions,” he said.

“We need to take some time and really do the consultation with northerners, Yukoners, Indigenous Yukoners so that there’s clarification of the definitions and an understanding that we don’t encroach on hunting firearms used in the Yukon.”

“I oppose both Bill C-21 and the amendments that they most recently brought in. This amendment effectively bans hundreds of thousands, if not millions of firearms that are in Canada today that are used for hunting. These are hunting rifles and hunting shotguns,” Poilievre told True North in an interview with Andrew Lawton.