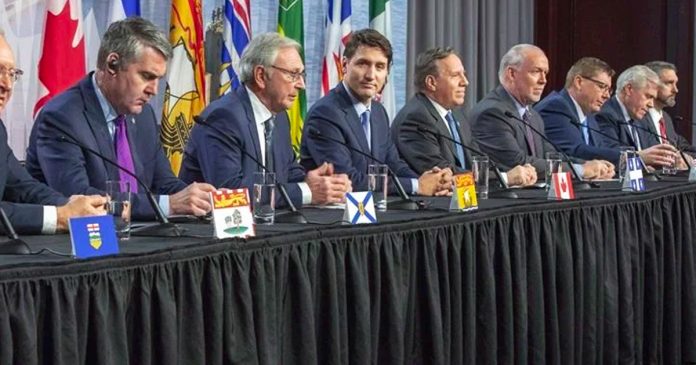 Quebec Premier Francois Legault is Canada’s most popular premier as 2022 comes to a close, while Ontario Premier Doug Ford continues to slide in the polls, a new Angus Reid poll found.

Among Quebec residents, 57% reported approval for Legault, a slight boost from earlier this year.

His Coalition Avenir Québec party won re-election in October, garnering a second consecutive majority government. In an inaugural speech on Nov. 30, Legault said he would preserve the French language and push for 100% of immigrants to speak French by 2026.

Saskatchewan Premier Scott Moe fell just behind Legault, remaining one of the most popular provincial leaders in the country. He has the approval of 56% of residents. Moe’s government recently delivered around 450,000 $500 rebate checks to residents as a part of its affordability program.

Next came Newfoundland and Labrador Premier Andrew Furey with 47% approval, followed by BC Premier David Eby with 46%. Three-in-ten BC residents (28%) say they don’t know how they feel about their new premier who was elected on Nov. 18 by the governing NDP upon the resignation of John Horgan.

Another new premier, Alberta’s Danielle Smith, has the approval of 42% of Albertans.

Smith took the premiership after winning the United Conservative Party leadership race in October. Late last month, she tabled her proposed Alberta Sovereignty Within a United Canada Act in the Alberta Legislature, which she pitched during the leadership race to bar federal legislation deemed harmful to the province.

Angus Reid Institute polling previously found majority opposition in Alberta to the Act, which Smith said she hopes “to never use” while sending a message to Ottawa.

The low numbers trail a flurry of controversy for the Progressive Conservative premier, who recently invoked the notwithstanding clause to ban Ontario education union members from striking and impose a new contract upon them. However, his government eventually reversed course following national criticism, including from Prime Minister Justin Trudeau.

New Brunswick Premier Blaine Higgs’ approval is at 28%, his lowest rating. The numbers come after Trudeau criticized his handling of a review of the Official Languages Act. Higgs delayed reviewing recommendations for the Act and described the official languages commissioner as a “negative” office.

Finally, Manitoba Premier Heather Stefanson ends the year where she started — at the bottom of the Angus Reid approval ratings with 26%. The poll found that of the 499 Manitobans surveyed, 4% strongly approved of Stefanson, while 23% approved.

The Angus Reid Institute conducted an online survey from Nov. 28 – Dec. 3, 2022, among a representative randomized sample of 5,030 Canadian adults who are members of the Angus Reid Forum.