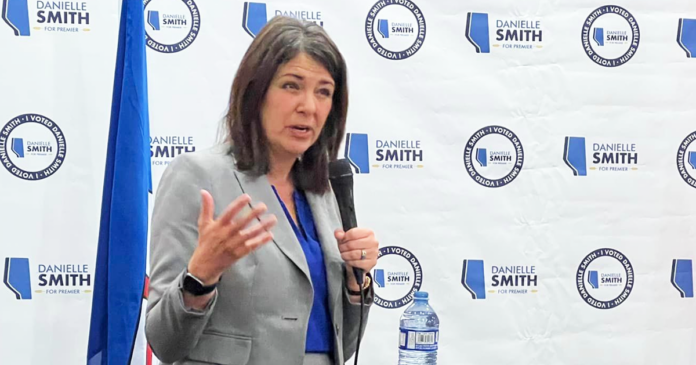 The United Conservative Party (UCP) majority government passed motions at the final three stages of the bill to limit debate and quicken the bill’s passage.

In its final form, Bill 1, the Alberta Sovereignty Within a United Canada Act, was stripped of a provision which would have granted Smith’s cabinet the power to rewrite laws outside the legislative process. Following criticism, the government put forward amendments to remove those powers, but the premier wouldn’t say whether the original wording was intentional.

The UCP government did pass an amendment to affirm that the Alberta Legislature has the last word on lawmaking.

The house then moved to third reading and the bill was approved around 1 a.m. MT Thursday.

The final vote was 27-7, with Opposition NDP MLAs voting against Bill 1. The NDP also voted against the amendment and the bill at all three readings.

Speaking during the third reading debate, Smith said it’s time to reset the relationship with the Trudeau Liberals.

“It’s not like Ottawa is a national government,” she said.

The government says Bill 1 would allow the province “to stand up to federal government overreach and interference in areas of provincial jurisdiction, including… private property, natural resources, agriculture, firearms, regulation of the economy and delivery of health, education and other social programs.”

The bill lays out a legislative framework for Alberta to formally defend its provincial jurisdiction while respecting Indigenous and treaty rights, Canada’s Constitution and the courts.

When it was introduced, Smith said she hopes the province will “never have to use this bill.”

Smith first pitched an Alberta Sovereignty Act during the UCP leadership race to bar federal legislation deemed harmful to the province and its interests.