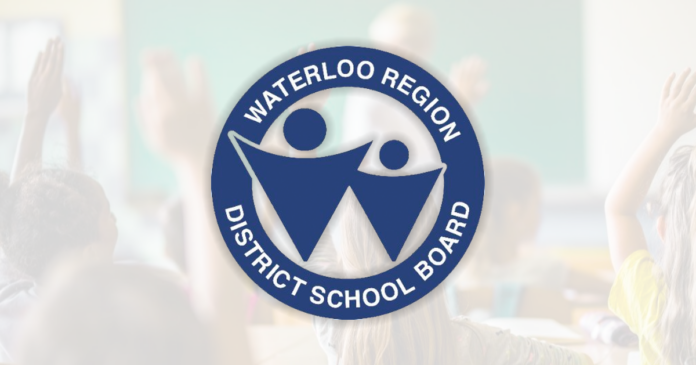 An intrusive and nonsensical survey that asks students as young as nine years old whether they’re “gender fluid, intersex, non-binary, trans or two-spirit” was administered quietly by the Waterloo Region District School Board in mid-November, True North has learned.

The 22-page Caring and Inclusive School Survey is remarkably similar to the one planned for students in the Toronto District School Board in early November– until the media and parents caught wind of it and it was put on hold.

This one was administered between Nov. 14 and 25 seemingly without parental consent.

One parent, who wished to remain anonymous, told True North he learned about the survey through a board Instagram post.

The parent said the link implies that parents were asked to help complete the survey questions, which is “not true” and there was “no consent” gathered from parents prior to its circulation.

He also said that in the information that was provided, nothing was said about the sexual questions contained in the survey.

Students from Grade 4-12 were all given the same survey – which focuses mainly on feelings and social-emotional concerns in addition to gender and racial groups.

White is the last option.

In one section on “Empathy and Optimism” students are asked to agree or disagree with such psychobabble as: “I am a person who cares about the feelings of others” and “I believe more good things than bad things will happen to me.”

In another section labeled “Self-Concept, Sadness and Anxiety” the amateur shrinks at the WRDSB ask students whether they feel “unhappy” a lot of time or whether they “do things wrong a lot.”

Another highly nonsensical section, called “Satisfaction with Life” prompts students to respond to statements such as, “In many ways my life is close to the way I would want it to be”; “So far I have gotten the important things I want in life” and this absolutely ridiculous statement, “If I could live my life over, I would have it the same way.”

Think about that for a moment. A student is being asked to reflect on their life experiences at the age of 9 and up.

Under Nutrition and Sleep the survey asks students to provide information on how often parents or other family members eat meals with them and how often they have pop, candy, potato chips or something else – both none of the school board’s business, in my view.

The amateur shrinks return to their line of questioning at the end of the survey when they ask students to respond to such statements as: “When I’m sad, I can usually start doing something that makes me feel better” and “When I have a serious disagreement with someone I can talk calmly about it without losing control.”

On its website, WRDSB officials provide assurances the responses will be “kept confidential” although after contacting the board, the father who relayed his experience to True North said he got the impression it would not be anonymous.

The board also contended that the survey results will be used to “inform activities to enhance school engagement, positive learning experiences and academic success.”

Cristina Bairos Fernandes ran a feisty campaign as a voice for change on the Waterloo Region District School Board. She did not win.

She feels the questions are “inappropriate” and that the majority of the survey came across as a “complete mind game.”

“My goodness if you weren’t self-conscious when you started you will be by question 95 of this test of self-confidence,” she said. “I honestly would really like to know the credentials of the individuals or group that wrote this survey.

“I am doubtful that this interrogation is psychologically kosher.”

She says she can’t believe that educators would ask or need to know her child’s sexuality.

When she was in school, she says, teachers didn’t even disclose their first names to students.

“Currently we have educators divulging their sexual preferences,” she said.

Bairos-Fernandes said she had several parents reach out as soon as the survey was distributed, asking if it was even legal for adults to be asking minors about their sexuality.

She said another mother messaged her to say her kids’ sexuality is no one’s business. She told Bairos-Fernandes that her kids are at school to learn, make friends and prepare them for life – and that she finds it “super creepy” that the board is giving sexuality so much focus.