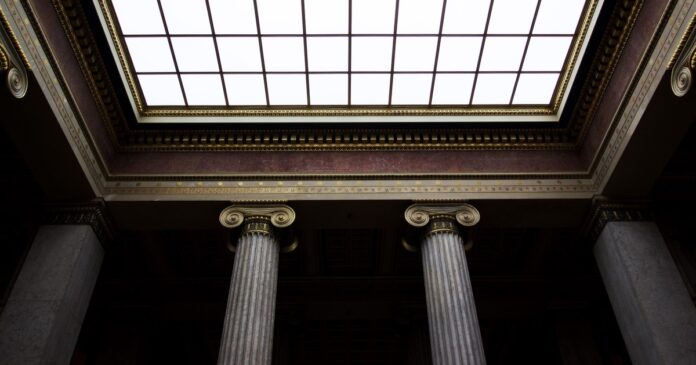 Alberta’s Ministry of Education has approved a new tuition-free, public charter school serving Edmonton-area students. The decision comes amid a growing conversation around parents’ rights and school choice across the country.

School founder Caylan Ford said she only planned for a Calgary location, but families in Edmonton began contacting her “desperate” for their kids to access a classical education.

“We thought that we need to try to expand as much as we can while preserving the culture and integrity of the vision,” she told True North.

The school is a smartphone-free environment. Its stated priorities are traditional pedagogy and teacher-led classrooms, the pursuit of truth, a focus on character, and a knowledge-rich curriculum centred on classical literature, philosophy and art.

“The program aims to develop pupils’ sense of intellectual, moral, and aesthetic discernment, so that they can distinguish truth from falsehood, and right from wrong,” the site reads.

The school will offer K-8 classes beginning in the 2023-24 academic year. The Calgary location has approximately 300 students in grades K-6. Both schools will expand each year until they serve all grades from K-12.

Ford said there’s some confusion about what charter schools are in Alberta. She said they’re tuition-free public schools. They’re also nonsectarian, meaning no affiliation with a particular religious denomination, community, or church.

“They offer a distinct either philosophical or pedagogical approach, or they serve, in some cases, very specific student communities,” she said.

“We accept any student who wants to seek moral and intellectual excellence. That obviously means different things for each person,” she said. “But that part is what we’re looking for.”

Education Minister Adriana LaGrange said choice in education allows students to grow and learn in an environment best suited for their unique needs.

“It allows parents to make decisions that will set their children up for personal, academic and professional success,” she said in a statement on the approval of the school.

Charter schools receive the same funding per pupil as any other public school board in the province. Ford said it’s also free of the “bureaucracy” of large central boards, instead being run by a nonprofit organization with its board.

“That enables a little bit more flexibility and also makes sure that we’re actually adhering to a specific philosophical vision that can’t be so easily captured ideologically,” she said.

The school is still searching for a physical location. Ford said they secured a building for the Calgary location a month and a half before the school opened.

“With this approval, we’re in a better position to work with local school boards and potentially other partners to try to identify a facility that will be able to have the program,” she said.

Discussion around school choice and charter schools has ramped up in Canada recently. Pandemic school closures, union disruption and public school board battles over “woke” issues have contributed to the uptick in interest.

In November, Ontario education workers’ strike action shut down schools for a couple of days. Doretta Wilson, the former executive director of the Society for Quality Education, said school shutdowns occur with each negotiation.

“We’ve got to get around all of this constant labour strife. The way to do that is to offer some competition in the system, and school choice is that competition,” she told True North last month.

Paige MacPherson, the associate director of Education Policy at the Fraser Institute, argues that it’s long overdue for Ontario to offer school choice. The province must allow parents to use tax dollars for a school of their choice and make alternative schools more affordable to families, she argued in an op-ed published in True North last month.

“The CUPE strike was just the latest example of Ontario children being held hostage by the gatekeepers of the government-run public school system,” MacPherson wrote.

“It’s time for the government to stop exclusively funding the current one-size-fits-all system and start funding students instead.”