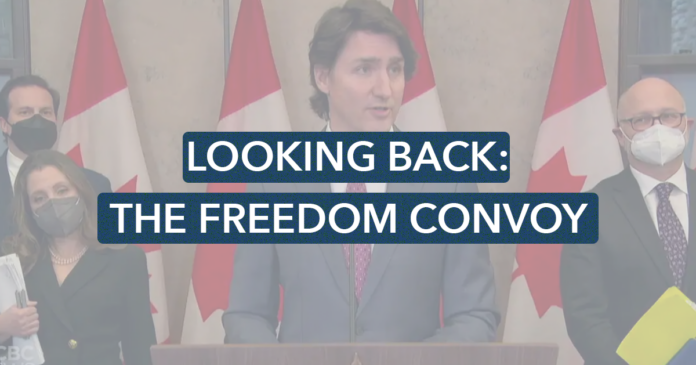 Even one year after the fact, Prime Minister Justin Trudeau continues to be called out for his handling of the Freedom Convoy by international voices.

The biggest scathing Trudeau received was in March of this year when delivering a speech before the European Parliament in Brussels. A handful of Members of European Parliament from Croatia, Germany, Romania and elsewhere called the prime minister out in a very public fashion over his use of the Emergencies Act to clamp down on peaceful protesters at home.

“I don’t think I’ve ever seen a prime minister so widely reviled globally over a domestic policy decision in my lifetime,” said Dzsurdzsa.

“It just goes to show how much of an insular image Canadians are presented of the Liberal leader by the legacy media. Coverage in Canada of the prime minister’s scathing was slow and dismissive – opting instead to attack the character of Trudeau’s critics.”

“I think it really opened up a lot of people’s eyes to the media’s bias.”

Looking back, one year later

Figures from around the world are standing with Canadian protestors who oppose Covid-19 mandates after Prime Minister Justin Trudeau invoked the Emergencies Act to quash peaceful demonstrations.

The criticisms come from varied countries including the US, UK, France, Brazil and the Netherlands. Their common theme is a distaste for Trudeau’s excessive powers and his attempt to strip Canadians of their right to peaceful assembly…