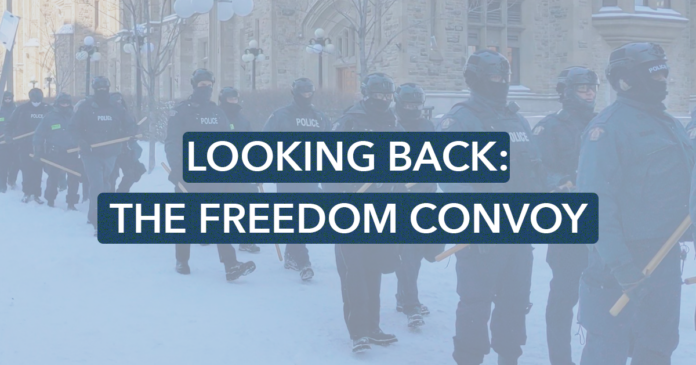 It took police less than two days to expel the Freedom Convoy protesters from Ottawa, using mounted police, chemical irritants and tear gas. With the Emergencies Act in play, police first focused on clearing the Rideau and Sussex intersection, before swiftly moving west along Wellington St., eventually pushing protesters away from Parliament Hill. Legacy media coverage was slanted against the Convoy and often blatantly inaccurate, which is why True North’s audience sought out unfiltered live footage from the ground.

True North journalist Andrew Lawton was in Ottawa for the convoy’s final weekend, documenting protester and police movements, and even getting pepper sprayed while engaging in journalism near the front line.

“A lot of the protesters felt invincible heading into the weekend,” Lawton said. “It was a long weekend and they were accustomed to thousands of supporters coming in on Fridays and Saturdays. This time, police made sure that didn’t happen. Piece by piece, block by block, they pushed the protesters out, without ever explaining why even pedestrians were not allowed to assemble to continue their peaceful protest when all the trucks were gone.”

Police have moved in on Freedom Convoy protesters in Ottawa. Many have already been arrested and there were cases of protesters being beaten and trampled.

True North’s Andrew Lawton is reporting live on the scene…