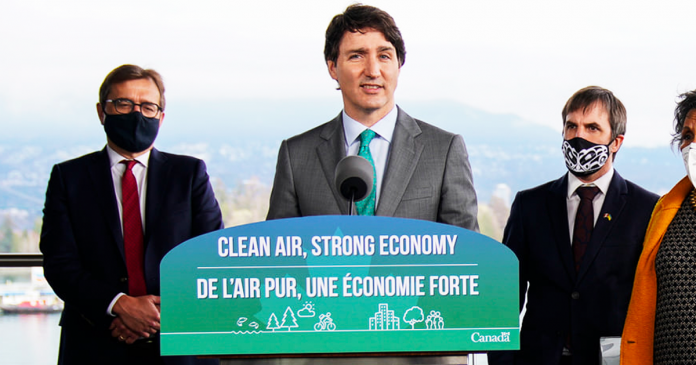 The majority of Canadians want Prime Minister Justin Trudeau to take “a walk in the snow” in the new year, according to a new Ipsos poll.

The poll found that 54% of Canadians believe Trudeau should step down as Liberal leader and that Canada should have a new prime minister.

In April 2023, Trudeau will have been prime minister for eight years, serving as Liberal Party of Canada leader for a decade.

Despite the widely held belief of Canadians, the poll found that just 27% of Canadians believe Trudeau will actually step down.

With a rumoured general election in the new year, Trudeau has indicated that he will stay on as Liberal leader to take on Conservative leader Pierre Poilievre.

In recent weeks, the Trudeau government’s multiple ethics violations have regained the spotlight after it was revealed that International Trade minister Mary Ng awarded a close friend a government contract for media training.

In response, on the heels of the government’s sixth ethics breach, Trudeau told CTV News that “it sucks” when members of his government violate ethics laws.

Trudeau said the fact that the public knows about the scandals means the system is working.