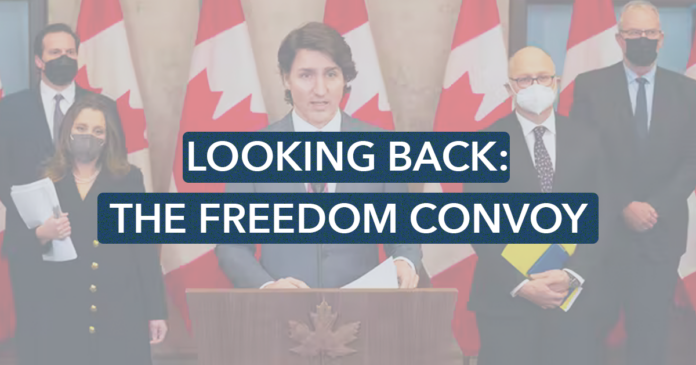 “The fact that the Trudeau government’s invocation of the Emergencies Act passed a vote in the House of Commons two days after protesters were forcibly cleared from Wellington Street and blockades at border crossings had been cleared for more than a week will serve Canadian history as a shameful example of when politicians put their careers over the interests of the people,” Harrison Faulkner said.

“It’s particularly shameful when the slimmest minority government in Canadian history relied on the NDP – once a political party that prided itself on standing up for civil liberties – to carry themselves over the line in a confidence vote.”

“When Pierre Trudeau invoked the War Measures Act in 1970, Tommy Douglas, then the leader of the NDP said that Canada would look back on the invocation ‘as a black Friday for civil liberties in Canada.’ In 2022, Jagmeet Singh did not hesitate to approve the suspension of civil liberties for all Canadians over a protest that had already been quashed.”

Parliament approves the Emergencies Act for the first time in history

Prime Minister Justin Trudeau’s decision to invoke the Emergencies Act passed a vital vote in the House of Commons on Monday thanks to the parliamentary support of Jagmeet Singh and the New Democratic Party (NDP).