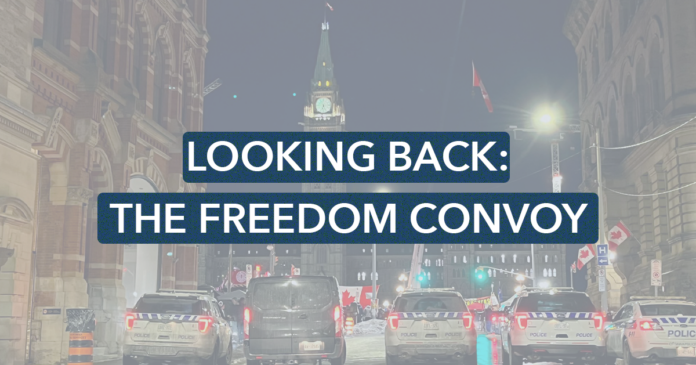 The Ottawa Police Service (OPS) had put out multiple Twitter announcements, including some that contained threats, during the unprecedented crackdown against peaceful Freedom Convoy protesters following Prime Minister Justin Trudeau invocation of the Emergencies Act.

OPS’s tweets not only received scrutiny from Canadians, but also some unflattering international attention, including from prominent figures. True North’s Elie Cantin-Nantel monitored the social media backlash the OPS received.

“While I was not surprised to see Canadians react to the Ottawa Police’s concerning and threatening tweets, having prominent, high-profile figures of the American conservative movement whom I have followed and admired for years, such as Dave Rubin, Kayleigh McEnany and Ted Cruz, call out Ottawa’s local force for its conduct was a stark reminder that the world was watching.”

Cantin-Nantel says he found the situation to be “very sad,” noting that “the aggressive takedown of the Freedom Convoy by the Trudeau government will unfortunately leave a stain on Ottawa and Canada’s reputation for years to come.”

As law enforcement moved in on the Ottawa demonstrators, the OPS continually put out statements –  some containing threats –  in order to deter protesters and to keep residents of the city updated on the situation…