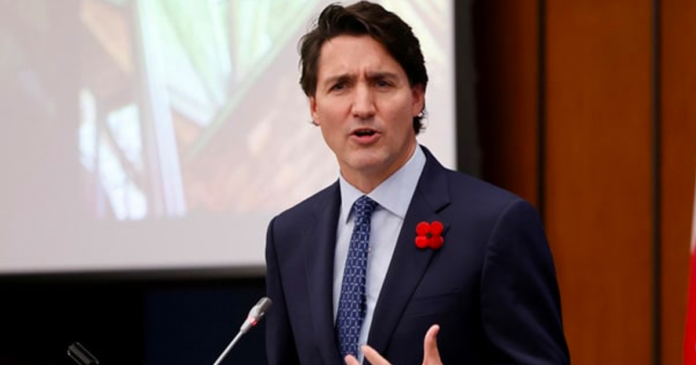 Prime Minister Justin Trudeau promised to govern for “the middle class and those working hard to join it.” Canadians can be forgiven if we feel he’s forgotten that promise.

Whether it’s the nurse working at the hospital, the mom that commutes an hour to work each day or the newcomers to Canada that opened a small business, middle-class Canadians will feel the pain of Trudeau’s five tax hikes in 2023.

The total payroll tax bill for a nurse making more than $66,600 will be $4,756 in 2023. That’s a lot of money and it would otherwise cover nine months of payments on the SUV she needs to drive to work at the hospital.

Every business owner will also have to fork over $5,157 in payroll taxes for each middle-class worker they employ. That’s enough to give that worker an eight per cent raise. Or, it’s enough money to give the college-aged son who works at the family business after school a nice year-end bonus.

Trudeau is also raising the carbon tax to 14 cents per litre of gas on April 1, 2023. The government claims that “families are going to be better off” with its carbon tax and rebates.

But that math doesn’t add up. How is the government going to tax everyone, then skim some off the top to pay for 330 new carbon tax bureaucrats and still make everyone better off?  The Parliamentary Budget Officer shows the carbon tax will cost the average family between $402 and $847 in 2023 even after the rebates.

Even if you did receive more back in rebates, that would mean someone else would need to get less. Who are you taking money from? Maybe it’s the mom who moved to Port Hope to raise her kids but still commutes to Richmond Hill and back for work.

Trudeau is also imposing a second carbon tax through fuel regulations next year.

The government’s number crunchers say “lower and middle-income” Canadians will feel the most pain from the second carbon tax as fuel prices rise. That includes “households currently experiencing energy poverty,” such as “single mothers” and “seniors living on fixed incomes.”

By 2030, Trudeau’s two carbon taxes could add 50 cents per litre to the price of gasoline.

You could be forgiven if all these tax hikes drive you to drink.

Maybe you had a tough week at work. The kids could be driving you nuts, or maybe you just need a little extra holiday cheer to get through dinner with the in-laws. But when you pick up the case of Keith’s, bottle of pinot or mickey of rum, Trudeau will be taking an extra 6.3 per cent from you through his alcohol tax hikes next year.

These tax hikes have consequences for real people. And the more Trudeau spends, the more he needs to take.

But is the nurse’s life better when the government gives $295 million to the Ford Motor Company? Is the working mom’s life less stressful when the governor general spends more than $1 million on a week-long trip to the Middle East? Does the small business benefit when the CBC hands out $51 million in bonuses and raises during a pandemic?

Here’s the simple truth: hard-working Canadians, middle class and not, are paying too much tax because the government wastes too much money.