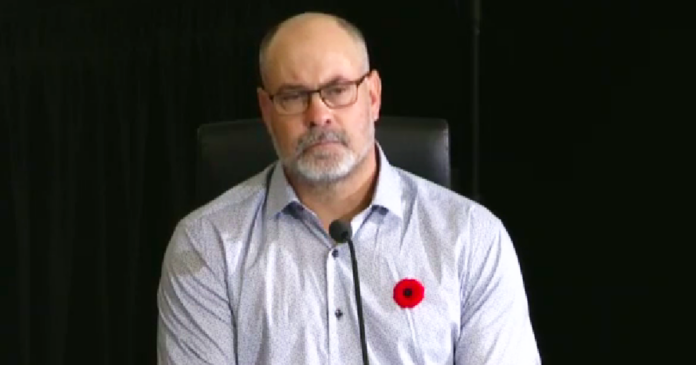 A former Freedom Convoy organizer has had to temporarily shut down his online store after his payment processing account was deactivated.

Chris Barber, a long-haul trucker who rose to prominence as an organizer of last year’s Convoy protest in Ottawa, launched a clothing line inspired by his truck, nicknamed Big Red.

“We recently reviewed your account, and found activity that our platform is unable to support,” the notice Square sent Barber said. “Because of this, we are sorry to inform you that your Square account is now deactivated.”

Square did not detail to Barber what he had done wrong, citing “security reasons.”

“Unfortunately, we cannot disclose the reason for your account deactivation due to security reasons,” the notice read.

Barber has attempted to get more details, but has been unable to get a reply from the company.

In response to an inquiry from True North, Square declined to address Barber’s case directly but offered a general comment about the platform’s rules.

One of the hoodies available through Big Red Merch includes the quote “Keep your stick on the ice Canada.” Another features an illustration of Barber’s truck. None of the apparel offerings has a visible connection to the Freedom Convoy.

Barber’s personal and business bank accounts were frozen after the federal government invoked the Emergencies Act to crack down on Convoy protesters, though they have since been unfrozen.

“We understand that this decision may cause changes in how you run your business and do not make it lightly,” Square told Barber.

“Although we can no longer process your payments, we encourage you to reach out to alternative payment processors.

A notice on the Big Red Merch website says the store will be up and running again in the coming days.