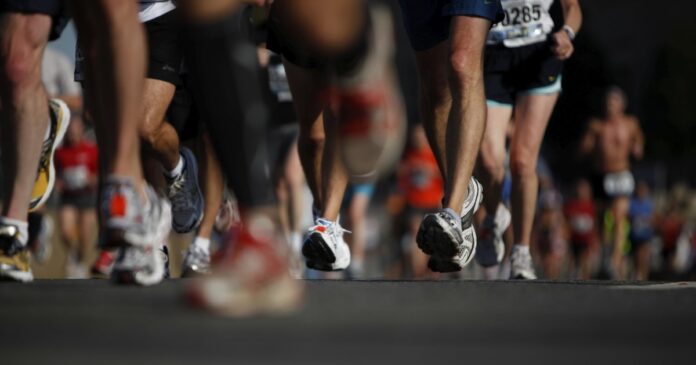 A survey commissioned by the Department of Canadian Heritage found that a majority of Canadians who participate in sports want games to remain separated based on sex, age and other characteristics.

The poll titled ‘Future of Sport’ Public Opinion Research was prepared by the company Phoenix SPI from May 2022 to July 2022 and gauged a variety of attitudes pertaining to physical activity and the sporting world. It included 9,208 Canadian residents over the age of 16 who identified as participants in organized or non-organized sports.

At a time when the public debates whether transgender individuals born as men should be allowed to compete against biological women, 60% of respondents cited safety and fair play when saying that “sports should have separate programs based on age, sex and ability.”

Another 40% believed that sports programs should open up to “mixed-age, mixed-sex and mixed-abilities” to promote inclusion.

Although divided on whether competitive sports should be separated on these lines, 74% of Canadians agreed that sport programs should “be designed to welcome everyone” no matter their beliefs or backgrounds. Meanwhile, 26% of respondents said that for sport programming to be more diverse it should be “designed with specific populations in mind.”

Those aged 35 to 54 were more likely (61%) to say that sports should remain separated based on sex or other characteristics while those aged 16 to 34 were less likely (54%) to believe the same.

In the US, some states have moved to ban transgender athletes who were born biological men from competing in female sports at public schools. A federal judge recently upheld such a ban by West Virginia citing the fact that sex “dictates physical characteristics that are relevant to athletics.”

On the other hand, some sporting organizations in Canada have taken steps to open up competition to transgender individuals even further.

According to Canadian advocate for sex-based rights Christ Elston, more popularly known as “Billboard Chris”, sport authorities are ignoring the will of Canadians in favour of gender-ideology.

“The vast majority of Canadians believe that women’s and girls’ sports should not include males, for obvious reasons,” Elston told True North.

“Various sport authorities are not only ignoring the will of the people, but they ignore the inherent unfairness and safety risks associated with including males in female sports. Bodies compete in sports, not identities. Sport associations need to stop virtue signalling and get back to reality.”

As reported by True North, Skate Canada recently axed any reference to “man” or “woman” from its official vocabulary to be more inclusive along the lines of gender ideology. The organization’s Equity, Diversity and Accessibility Operating Committee deemed the terms to be discriminatory and not in line with the group’s values.

“This change has been collectively endorsed by Skate Canada and will allow for new and exciting partnerships in the pair and ice dance disciplines to compete at the national level. Skate Canada is privileged to continue the advancement of skating in Canada by making rule and policy change that allows everyone to experience the joy of skating,” said Skate Canada President Karen Butcher.