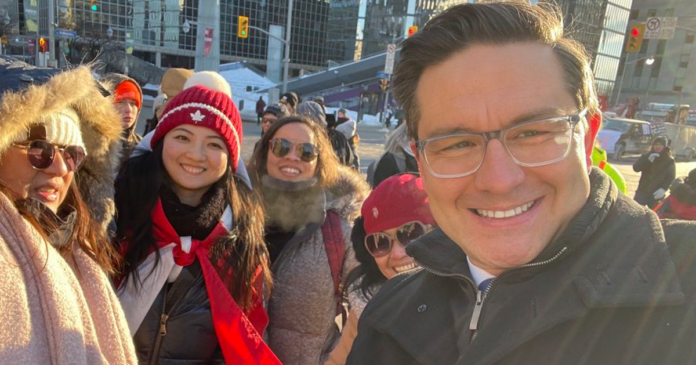 The Conservative Party of Canada under leader Pierre Poilievre would win an election if it were held today, according to polling data from both 338Canada.com and Nanos.

The Conservatives are projected to win 144 seats while the Liberals drag behind at 137, according to 338Canada’s founder Philippe Fournier. The NDP, Bloc and Green numbers are likely to remain similar to the results of the 2021 election.

338Canada predicts that at the low end, Conservatives could win 112 seats and a maximum of 171. The Liberals are projected to win anywhere between 105 and 165 seats. Polling suggests a high probability of a minority, with the government having to appeal to other parties in order to pass legislation.

A recent Nanos report similarly suggests that while nearly 80 seats are too close to call, Conservatives can confidently walk away with 112 seats, Liberals with 105, NDP at 21, the Bloc at 19, and the Greens pulling away with two seats.

The Conservatives would be looking at winning over 35% of the popular vote to the Liberals’ 31% and the NDP with only 21%.

In 2015, then-Prime Minister Stephen Harper lost the election having won 32% of the popular vote. Liberal leader Justin Trudeau won that election, and become prime minister, with 40% of the vote.

“Our internal modelling numbers are consistent with where Fournier thinks the projections are,” said Nik Nanos to the Hill Times. “We’re a little more cautious identifying what’s too close to call.”

According to another Nanos poll commissioned by The Globe and Mail, which looked at party leader preferences, more than half of Canadians prefer that the Liberals have someone other than Trudeau leading them in the next election.

Trudeau has faced heavy criticism for his handling of the Covid-19 pandemic, the Freedom Convoy protests, and more recently, the increases in taxes and the implementation of Bill C-21, which aims to ban several rifles and shotguns used for hunting.

In 2021, Trudeau won a minority with less than a third of the popular vote, the lowest in Canadian history.