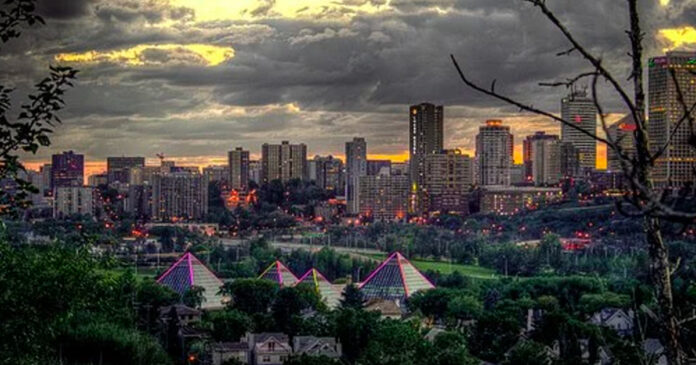 The use of hate symbols in Edmonton is decreasing and city officials have not issued any tickets in regard to hateful behaviour since amending a bylaw last summer, city administration revealed in a recent report.

In August 2021, the city amended a bylaw to specify that harassment may include words that are spoken, written or recorded, or signs, gestures and other visual representations.

Since then, four incidents involving hate symbols were reported to the city for investigation, including two events which were directed at city staff by members of the public, the report says.

City officials have not issued any tickets for hate symbols or behaviour to date, “using either officer discretion or other enforcement measures, in keeping with the 4Es of enforcement (Engage, Educate, Encourage, Enforce),” according to the report.

City administration is also working with the US Anti-Defamation League (ADL), an anti-hate organization.

The partnership has resulted in “Lighthouse,” a project which aims to cast “a light” on symbols of hate “by using technology to track the proliferation of hate symbols,” the report says.

“The phone application allows users to photograph and upload images of potential hate symbols – these are stored securely, along with time and geolocation.”

The report comes after an Edmonton councillor asked city administration in March 2021 to provide an update on the use of hate symbols, including how many tickets have been issued and under what circumstances.

Use of hate symbols in graffiti is also “slightly” decreasing, the report found.

Per the bylaw, city administration developed a standard operating procedure for incidents where hate symbols are observed or reported.

“Enforcement officers are aware of the reporting mechanisms and requirements and options for enforcement,” the report reads.

Last month, the City of Edmonton wouldn’t say by which forum racist attacks were made against Edmonton Mayor Amarjeet Sohi.

Sohi said he received racist attacks in response to the city’s joint decision with the Edmonton Downtown Business Association  not to install a Christmas tree this year at this year’s Holiday Light Up event.

“I am unable to confirm whether the mayor received messages by phone, email, mail or social media,” a city spokesperson told True North.