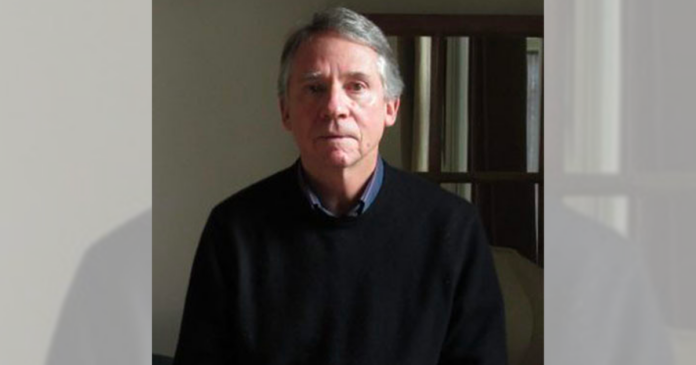 Mercer’s statements, made during an interview with True North, come amid post-secondary institutions embracing controversial practices to promote EDI.

Mercer added that academic values include individual scholarship. “The scholar sees him or herself as someone who’s actively trying to understand something.” Mercer believes that “understanding doesn’t track race or sex or ethnicity or any of these other categories.”

True North’s Campus Watch reporting has highlighted recent instances of EDI unfolding on campuses, including an increase in race-based hiring.

The SAFS has previously taken issue with several specific Canadian university EDI practices. This includes the University of Calgary’s Haskayne School of Business posting a professor job listing that was “only open to qualified Black scholars.” The organization wrote a letter to the university condemning restrictive hiring, calling it a “violation of the merit principle.”

Mercer told True North that the SAFS had two complaints regarding U of C’s job posting, with the first being that it “was not asking for the candidate who combined teaching and research abilities to the highest degree,” which he says is anti-academic.

“What we want as professors are the people who combine teaching and research to the highest degree. So by bringing in something irrelevant, such as ethnicity or race, the university is cutting itself off from potentially the best scholars.”

He added that while the best scholar may be a member of the university’s preferred category, it is also possible that the person could be part of another group. He also said that serious universities should seek to only hire based on academic grounds.

Mercer said the SAFS’s second complaint was that “hiring people by race or sex or other non-academic criteria perpetuates stereotypes with regard to them”. He added that it also “potentially creates silos and differences among professors.”

He argues that professors “who are hired partly because of their race or their ethnicity, are hired as representatives of something rather than as individual scholars,” and that this may cause them “to be shunted into particular ways or particular areas rather than have the freedom to go wherever they want.”

Other EDI practices by Canadian universities called out by SAFS include the restricting of a tenure-stream appointment to black people at Dalhousie University, and preferential hiring at Simon Fraser University and Toronto Metropolitan University (formerly known as Ryerson).

Supporters of EDI hiring note that certain demographics are under-represented in some sectors and hence their presence should be increased. They say this would benefit students from that particular group in an academic setting.

Mercer says that while he has a bit of sympathy towards that argument, he believes that merit is better.

“It’s sad, but perhaps it is a reality that some students because of their racial or sexual, heritage or ethnicity or whatever would be more comfortable with professors who are of that heritage,” said Mercer.

He added that the only time he sees that argument possibly working is if there are two equally good candidates up for a position, and one happens to be from an underrepresented group. “If academic criteria run out, and they don’t determine a choice, then you have to choose on non-academic criteria. And perhaps, race or ethnicity becomes relevant then, but only then.”

When asked if governments should ban post-secondary institutions from engaging in EDI hiring practices, Mercer said that he is no fan of government intervention in university matters, but he is in favour of general employment legislation prohibiting identity-based hiring for all sectors.

The SAFS was founded in 1992 and describes itself as a non-profit organization with two main goals; “maintaining freedom in teaching, research and scholarship” and “maintaining standards of excellence in academic decisions about students and faculty.”

Mercer told True North that he joined the SAFS after they stood up for Saint Mary’s professor Peter March, who got in hot water in 2006 after he posted cartoons of the Prophet Muhammad on his office door. Mercer was elected president of the organization in 2015.