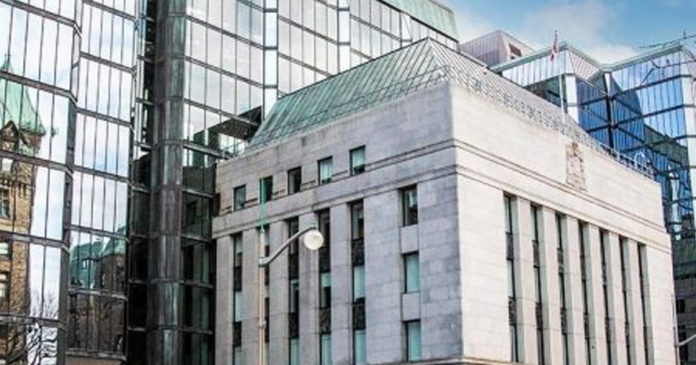 Before heading off to Davos to rub shoulders with the various oligarchs she once criticized as a journalist, Finance Minister Chrystia Freeland appointed three individuals to fill up the board of directors at the Bank of Canada.

The timing, alas, could have been better.

On the very day Freeland appointed Ernie Daniels, David Dominy and Shelley Williams to the board, the C.D. Howe Institute think-tank predicted the Bank of Canada will lose from $3.6 billion to $8.8 billion in the next three years because of high interest rates.

“A lot of what determines the size of the losses really comes down to what interest rates are going to be over the next two to three years,” said Trevor Tombe, an economics professor at the University of Calgary and co-author of the report.

The board is not involved with setting interest rates or other aspects of monetary policy. That’s handled by the bank’s five-person governing council.

But the board does provide high-level oversight on issues such as accounting, strategic planning and risk management.

And therein lies the rub.

In the fall, the Bank of Canada posted its first loss in its 87-year history, losing $522 million in its third quarter,

The central bank said in its financial report that revenue from interest on its assets did not keep pace with interest charges on deposits at the bank, which have grown amid rising interest rates.

That problem is expected to persist as interest rates remain elevated.

Dominy was CEO of currency-exchange and payments business Firma Foreign Exchange Corp. until last year, and a director of the Canada Deposit Insurance Corp. from 2018 to 2022.

Williams was previously vice-president and treasurer of industrial equipment dealer Finning International Inc. and is on the board of the Boston Pizza Royalties Income Fund.

“I want to thank them for accepting these positions, which play an important role in supporting the resiliency and stability of Canada’s financial system,” Freeland said in a statement.

The appointments come as the Bank of Canada faces unprecedented public scrutiny over its handling of runaway inflation and its aggressive campaign to increase interest rates.

Another factor influencing the size of the losses is how large financial institutions’ deposits at the central bank are, Tombe said.

While the losses don’t affect the Bank of Canada’s ability to conduct monetary policy, Tombe said they pose a communications challenge for the central bank.

“Many will look at that and say, ‘Well, doesn’t that mean, the bank is insolvent?”‘ he said.

Historically, the Bank of Canada has always turned a profit, which it remits to the federal government. According to the report, those profits over the bank’s entire history total to about $160 billion.

However, the central bank’s policy decisions during the pandemic have led to the current predicament.

In response to the economic crisis brought on by COVID-19, the Bank of Canada dramatically expanded its assets as part of a government bond purchasing program.

As the Globe and Mail reported, after massively expanding its balance sheet during the pandemic, then rapidly raising interest rates, the bank is now paying more interest on its liabilities than it’s earning on its assets.

Its reported $522 million third-quarter loss indicates the bank does not expect to return to profitability for several years.

These losses won’t affect the bank’s ability to conduct monetary policy. But they do create reputational and accounting challenges for both the bank and the government.

The bank is not allowed to retain its earnings, and it does not have a rainy-day reserve fund, says the Globe.

That means the Department of Finance needs to decide whether to cover the bank’s losses directly, or come up with some other method that would allow the bank to make up for the losses once it returns to profitability.

That may require a change to the Bank of Canada Act.

And that’s where it gets even more complicated for all board members — the old and the recently new.