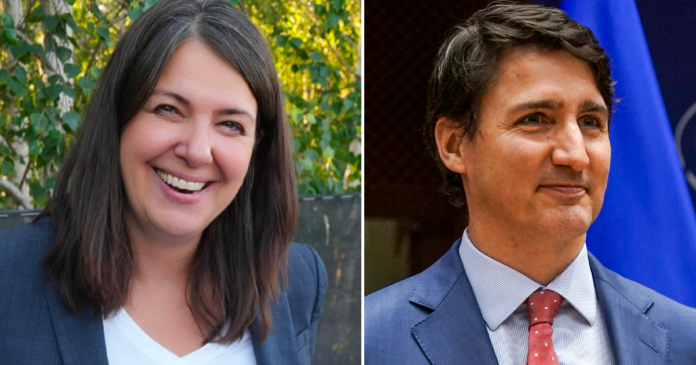 Alberta Premier Danielle Smith says a new report on the federal government’s “Just Transition” proposal confirms her “worst fears” that it will seek to shut down Alberta’s oil and gas industry.

Speaking on the Shaun Newman Podcast on Monday, Smith said the memo confirms her “worst fears.”

“This is the language that they’re using in the bureaucracy,” she said.

“That doesn’t come from nowhere — that comes from a large concerted effort by a number of people who want to shut down our oil and gas industry.”

“Just transition” emerged from the 2015 Paris Agreement, an international climate change treaty. The goal is to reduce the harm to workers as economies move from high-carbon activities to a green economy.

Earlier this month, Wilkinson said Ottawa would move ahead this spring with legislation to provide a framework for the transition plan. He said it would provide incentive for workers to make a seamless transition to a less carbon-intensive economy.

Wilkinson said the concern won’t be a lack of jobs but finding workers to fill the long-term needs in the changing energy landscape.

The memo said more than 2.7 million Canadians face “significant” disruptions in sectors that will be affected by climate change programs.

“The transition to a low carbon economy will have an uneven impact across sectors, occupations and regions and create significant labour market disruptions,” it reads.

“How many jobs will be lost in the oil and gas sector as a result of the Government of Canada’s climate change actions?” “The answer to this question depends.”

Department staff said not “every job that exists in today’s economy has a perfect twin in a net zero economy.”

“And it’s not to say the transition will not be accompanied by change and uncertainty for some workers and communities where the labour force requirements of the future will differ from those of today.”

Smith said her response to Ottawa would be different if it spoke about the transition to sustainable jobs in carbon capture and hydrogen. “Just transition” is language to phase out the coal industry, she said.

“To use that terminology, they’re virtue signaling to an extreme base that is openly advocating to shut down oil or natural gas,” she said Wednesday.

The premier reiterated those comments to Newman on Monday, saying jobs in hydrogen and carbon capture are “good paying jobs for the long term.”

She also said she’s paying close attention to the World Economic Forum’s annual general meeting in Davos because she thinks it aspires to shut down Alberta’s energy industry.