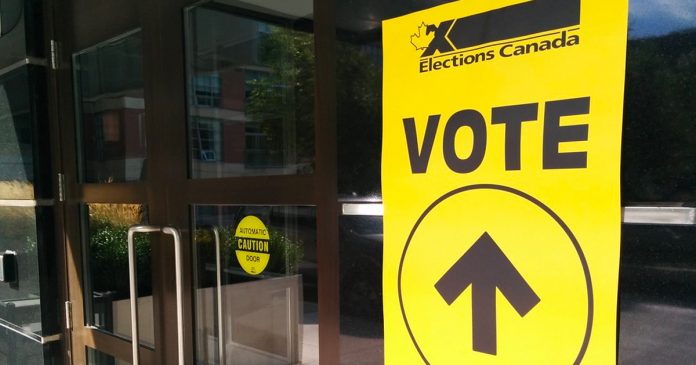 Sure things usually attract crowds, and it’s no different in the staunchly Conservative Ontario riding of Oxford where four Tories will be vying to replace the retiring 18-year MP Dave MacKenzie.

Gerrit Van Dorland, executive assistant to Conservative Saskatchewan MP Jeremy Patzer, told The Hill Times that he will run for the nomination and is currently putting together the paperwork to be approved as a candidate.

With the addition of Van Dorland, there are now four candidates running for the Conservative nomination. The other three are: Deb Tait, a long-time Woodstock, Ont., city-county councillor and daughter of the outgoing MacKenzie; Conservative Party outreach chair Arpan Khanna; and Richard Roth, a former senior ministerial staffer who now works for Global Public Affairs as vice-president of strategic communications.

More Conservative candidates are expected to further clog the field.

Three byelections are scheduled to take place, on whatever day Prime Minister Justin Trudeau decides, and all three are expected to be shoo-ins of the party presently holding down the fort.

Right out of the box, Van Dorland came out sounding like Conservative Party leader Pierre Poilievre, as the quote on his campaign website will attest.

“Freedom is essential to any healthy democracy,” said Van Dorland. “If we’ve learned anything in the last two years, it’s that we must stand in defence of our freedoms, or they will erode. I pledge to you that as your representative, I will always defend your right to live as free people.

“Free from government interference in your family, your church, your job, your farm, your savings, or your hunting rifle.”

Not surprisingly, Van Dorland was a vocal supporter of the Freedom Convoy.

“We’ve seen over the last few years, the government encroaching on our freedom,” Van Dorland said in an interview with the Times, a parliamentary precinct newspaper. “And certainly I was opposed to the level of encroachment we’ve seen by the federal government. So certainly, it was incumbent upon Canadians and they raised their voices to express their discontent with the encroachment by the government. And in a free and democratic country, we should always welcome that level of public engagement.”

Van Dorland said he expects the nomination race to be a close one. At the start of the contest in December, the riding association had about 3,500 members, which is a high number for a rural riding. This is chiefly because of the leadership election where Poilievre signed up a record 312,000 new members across the country.

In addition to Oxford, at least two other byelections will happen this year: In Winnipeg South Centre, and in Calgary Heritage.

Winnipeg South Centre opened up after the death of three-term Liberal MP and former cabinet minister Jim Carr in December. Based on past electoral history, this is a solid Liberal riding.

With the exception of the 2011 election when the Conservatives won a landslide majority, the Liberals have held this riding going back to 1988. Carr’s son, Ben Carr, confirmed two weeks ago that he’s considering running, but had not yet made a final decision.

Calgary Heritage opened up after Conservative MP Bob Benzen resigned from his seat late last month. Benzen was first elected in a byelection in 2017 after former prime minister Stephen Harper resigned from the safe Conservative seat.

Shuvaloy Majumdar, a former staffer in the Harper cabinet, is running for the nomination. He is working as the global director at Harper & Associates, an international consulting firm founded by the former PM. Quinn Heffron, a former Conservative Hill staffer, is also running.

According to Elections Canada, the prime minister has six months to call a byelection after a riding becomes vacant, and the writ period has to be between 36-50 days. All three ridings have opened up at different times but with a difference of only a few weeks each. All three byelections will likely happen on the same day.

Political insiders have said they don’t expect any major surprise in the outcomes of the byelections. The Liberals are expected to win Winnipeg South Centre and the Conservatives will win Oxford and Calgary Heritage.

Only the names on the door placards need to be decided.